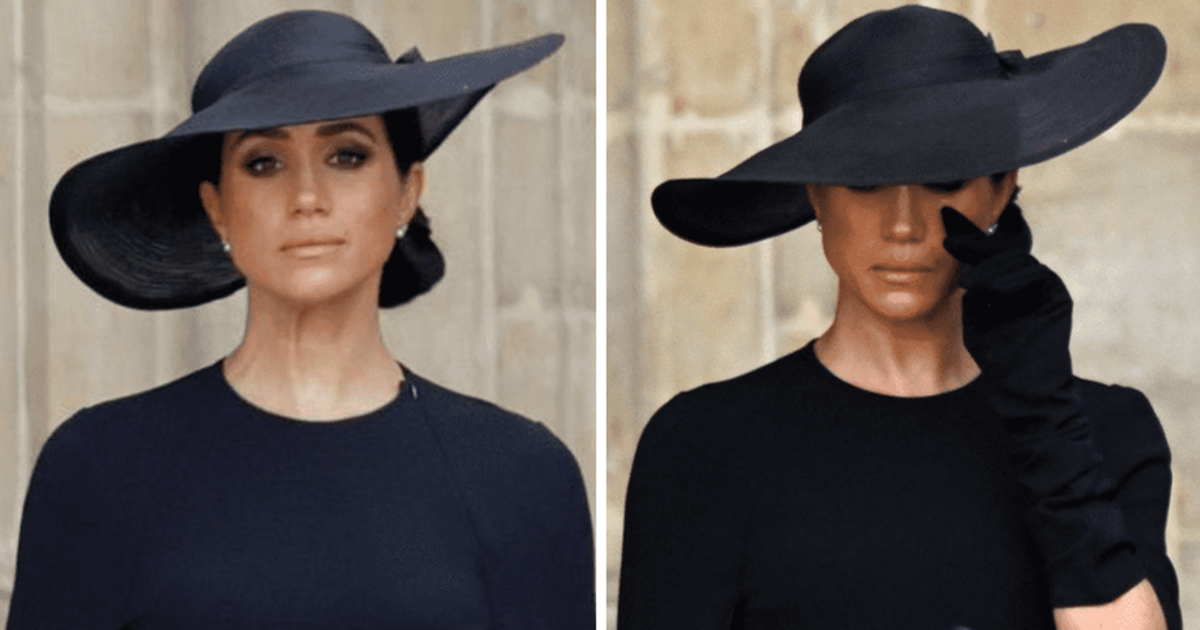 LONDON, UNITED KINGDOM: Meghan Markle looked quite sad and teary-eyed as she attended the funeral of Queen Elizabeth II on Monday, September 19. The mother of two was in the UK with Prince Harry for a final farewell to the Queen. She was said to become emotional as she joined other members of the royal family for the funeral service.

The Duchess of Sussex was reportedly spotted wiping away tears during the heartbreaking moment while standing alongside Queen consort Camilla, Catherine, Princess of Wales and Prince George and Princess Charlotte, The Daily Mail reported. She ended up sitting in the second row with Harry. The couple were also joined by Princess Beatrice and her husband Edoardo Mapelli Mozzi.

James Alexander Philip Theo: Queen’s youngest grandchild was in a pensive mood as he gave his final farewell at the funeral

The front-row seat was reportedly reserved for King Charles, Queen Consort Camilla; Princess Anne, her husband Timothy Laurence; Prince Andrew; Prince Edward and Sophie Wessex; the Prince and Princess of Wales, William and Catherine with their children; Peter Phillips; and Zara and Mike Tindall. It has been said that the Queen will be buried at 4pm local time at St George’s Chapel in Windsor Castle.

Meanwhile, people had plenty to say about Meghan’s tears, as one Twitter user shared: “After everything she’s been through the Queen over the past 18 months her crying seems wrong.” The second user wrote: ” Crocodile tears all for the second interview with Oprah, no doubt.” The third user said, “She’s undoubtedly sorry.” “I find it funny, honestly. She has no brains to understand that her hypocrisy does not match her anger and envy of the royal family. She’s lost all faith,” added the fourth.

However, there were also people who supported the former ‘Suits’ actress. One person tweeted: “Meghan Markle wore a black version of the cape dress she wore to the Queen’s birthday, a black version of the hat she wore to the Queen’s Jubilee and the pearl and diamond studs were a gift from the Queen. Her whole look today revolved around the Queen. Talk about being thoughtful.” Another person added, “I really feel for Meghan Markle, I can’t imagine how hard it must be for her to be there for her husband while also dealing with her own trauma to be in this toxic environment again. Like she’s handling everything with class and dignity, but I still want her out of there.”