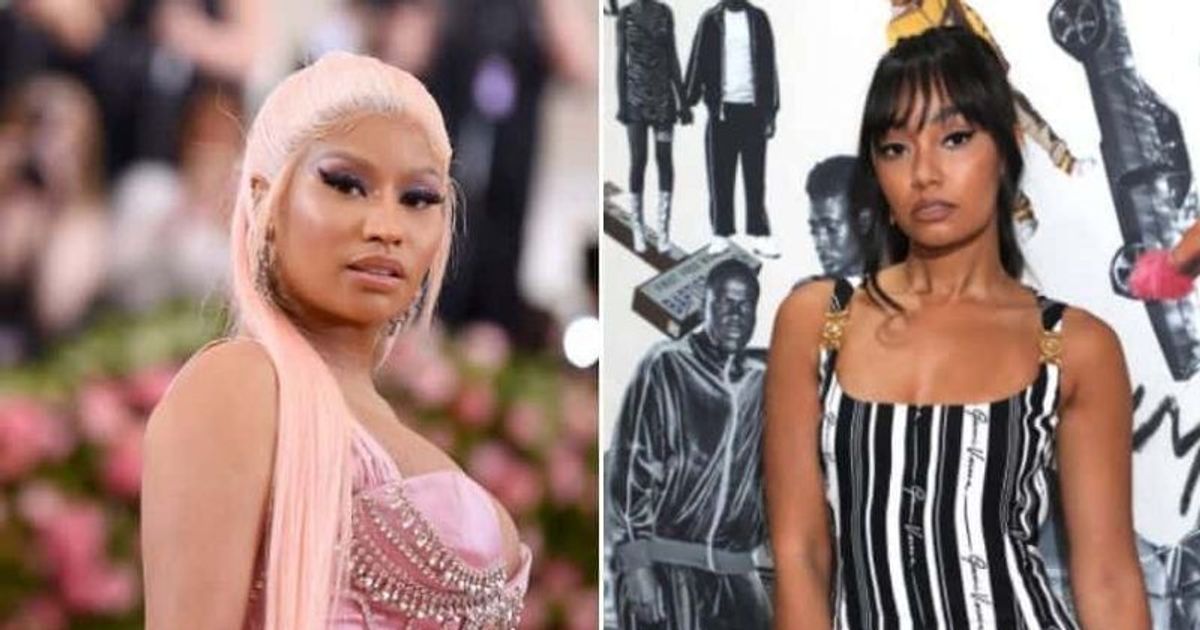 Nicki Minaj has criticized Little Mix’s Leigh-Anne Pinnock for accusing her former bandmate Jesy Nelson of “blackfishing”. Nicki Minaj and Jesy Nelson worked together on their debut solo, Boyz, which has caused quite a bit of controversy since its release this weekend. The rapper appeared on an Instagram live with Jesy on Monday October 11th to discuss her new song ‘Boyz’ when Nicki Minaj attacked Leigh-Anne for ‘asking an influencer to do a video turn in which it was intended for “blackfishing”.

Blackfishing is a term used to define a white person who accepts black cultural references for their own benefit. Jesy has been criticized by fans who accused her of darkening her skin and wearing wigs to look like a black or multiracial person in the “Boyz” video. While on Instagram Live, Jesy Nelson said, “My intent was never to offend anyone and it really hurts me that I might have offended people and hurt people’s feelings by really celebrating something I love . ” Jesy then hinted that her tan was the result of a trip to Antigua just before filming her debut solo clip. Nicki Minaj added, “There is nothing new about white wearing wigs.”

“Attacking Leigh-Anne for no reason”

Nicki Minaj called Leigh-Anne Pinnock a “clown” for allegedly texting a TikTok influencer about Jesy’s “blackfishing”. “You don’t have to come out and try to ruin someone. let her [Jesy] has her time. If you’ve been in that group of women and haven’t talked about that shit for 10 years and as soon as you see that she has a video with Nicki Minaj and Puffy, you text the networks and all that shit. “Nicki went on to say that a lot of women tan and getting fake lips, that doesn’t mean Jesy is trying to look like she isn’t white. “There are a lot of women here in the United States who sunbathe, get bigger lips, do all kinds of S ** ** , added her.

Leigh-Anne’s fans applauded Nicki Minaj and Jesy Nelson for “attacking Leigh for no reason,” and tweeted, “They don’t disapprove of Leigh for voicing concerns about Jesy’s tan. She hasn’t made an entire documentary on racism called to be “a clown. Not on my watch. ”Another fan wrote,“ Leigh did absolutely nothing wrong. ”One person tweeted,“ Disappointed for doing this because of a white woman who is wrong. ”Another tweet read,“ Not Nicki attacks a black woman? Wow. ”One fan wrote,“ Attack Leigh-anne for no reason. What a sad life they live. “Another said,” How many times do we have to tell people that Leigh and her family have been trying to fix the situation on Jesy for years and that this blender has tried to fix them especially after that Enlighten Sweet Melody MV? Stop thinking it had anything to do with her solo career happened long before that “