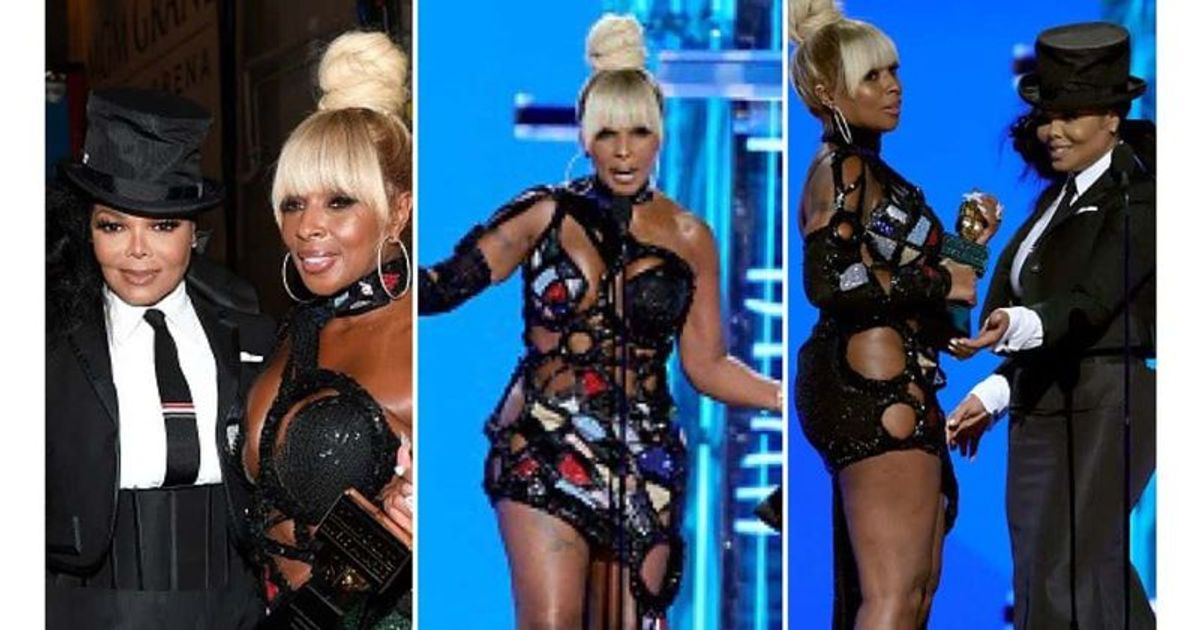 Janet Jackson made an unexpected appearance at the Billboard Music Awards on Sunday, May 15, 2022 to present the Icon Award to Mary J Blige. Not surprisingly, Jackson received a standing ovation as she took the stage. As she thanked the crowd for their thunderous applause, the 56-year-old artist seemed overcome with emotion.

Janet Jackson came to present Mary J. Blige with the Billboard Icon Award, which she received in 2018. “Mary J. Blige represents the truth,” said Janet Jackson upon presenting her with the award. “Her work has always been a comfort to us because she sings me, she sings you,” she added. Missy Elliott, Queen Latifah, Taraji P. Henson, Gabrielle Union, HER and others sent in videos praising the undisputed Queen of Hip Hop Soul, although not in person.

Mary J. Blige debuted her dark but always tender blend of soul and hip-hop in 1992 with the classic What’s the 411?. to set up their own railway. She has been a prolific hitmaker over the years, garnering records and awards including two Oscar nominations in the same year. Blige, who credited Jackson as one of her childhood heroes, said, “I have something to say,” before reflecting on her career and touting the perks of her ghetto fabulousness, “Now everyone wants to be ghetto fabulous.”

“What an icon means to me is overcoming obstacles, to achieve the unthinkable, and to be wildly admired for having an impact on a multitude of people, and I’ve always represented that,” Blige said. “I’ve been on this journey for a long time. One that didn’t always look the way you see me now. One that was filled with much sorrow and pain. But God helped me channel those experiences and emotions into my music.”

She added, “My career has been such an incredible and unexpected journey that has included many twists and turns in paths I never could have imagined such as acting, producing, starting businesses and now even my own music festival.” Blige continued: “Through all of this, I’ve always, in one way or another, retreated to my first love, music. To be honored in this moment with the Icon Award at the Billboard Music Awards is an incredible honor and one that really humbles me.”