Legacy Shave on Shark Tank: How much does it cost, who are the founders and all about the shaving brush that prevents mess 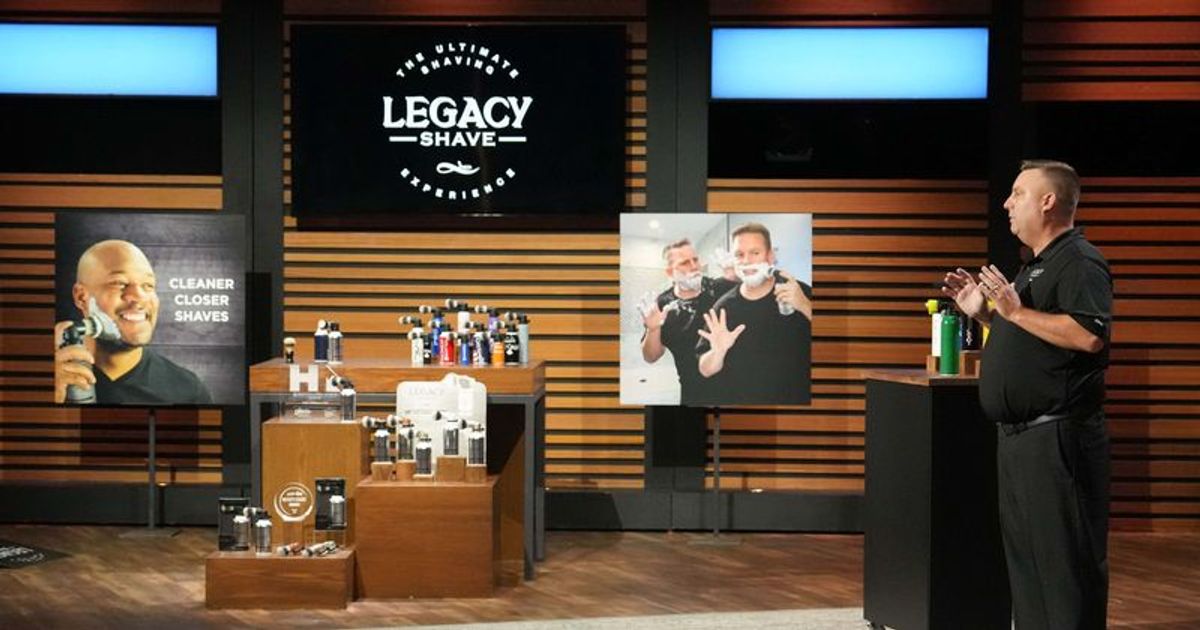 Are you looking for the ultimate shaving experience? Look no further than Legacy Shave

LOS ANGELES, CALIFORNIA: For most men, shaving and grooming their beard is part of their grooming routine. But the process of shaving can often become very messy and tedious, with shaving cream strewn everywhere and the brush constantly having to be dipped in a bowl of water. Watch the amount of water used etc to simplify the process of shaving and make it a hassle free experience Brothers- Dave and Mike Gutow created Legacy Shave, a shaving brush that attaches right to the shaving cream jar!

Mike will be introducing this unique product to Mark Cuban, Barbara Corcoran, Lori Greiner, Robert Herjavec and Kevin O’Leary in the upcoming Episode 7 of Shark Tank Season 14. In the meantime, while we’ll have to wait and see if the Sharks sign a deal with Legacy Shave or not, you can read all about the brand and its founders here.

What is Legacy Shave?

If you’re looking for the ultimate shaving experience, look no further than Legacy Shave. The Legacy Shaving Brush offers the ultimate shaving experience by combining the old-fashioned technology of the shaving brush with today’s modern shaving cream jar. The Legacy Shaving Brush allows users to go straight from the can through the brush to the face/body. The brush’s foam technology lifts and stimulates your hair follicles for the cleanest, closest shave possible. This patented shaving brush allows users to bring back the old world charm that shaving instills in all of us and reminds us of our grandparents’ shaving age. The most important thing is that shaving is fun again!

“With today’s extremely busy lifestyle, it’s difficult to set aside time to indulge yourself. Legacy Shave has invented and patented a unique, fast, fun and convenient way to bring back that old vintage shaving brush.” “Our carbon footprint becomes kinder to the earth because our shaving cream jar lasts up to 4 times longer than any other. Thanks to Legacy Shave’s Brush, you only need a dollop of shaving cream to lather your face. Imagine how many less cans of shaving cream will end up in our landfills. In addition, our shaving cream is made with reverse osmosis water, which removes the impurities found in tap water. Legacy Shave’s premium shaving cream contains aloe, which helps to heal and moisturize your skin. You won’t want to shave without it again!!!” claims the brand.

Dave and Mike Gutow are the brains behind Legacy Shave. Over twenty years ago, brothers Dave and Mike came up with the idea for the Legacy Shave brush while they were in college. With the help of their father, they made a working prototype. It was a primitive design, but it actually worked. This led to the construction of a mold and the manufacture of 3,000 unassembled units. Although the idea was cool, they never tried to sell it in the market. Maybe 200 of these were fully assembled with the brush glued in place and attached ready for sale. Well, like most dreams, life intervened. Both Dave and Mike graduated from college, worked in their respective fields and got on with life. Timing is everything, and for a number of reasons this invention has been shelved.

Fast forward about seventeen years. With each passing year, Dave and Mike kept raising the question, “Is this the time we finally launch?” Sadly, their father passed away after a long battle with cancer. In addition to the lifelong memories, her father left an unexpected gift for Mike and Dave to find. The two brothers began cleaning out their father’s basement in the house where their mother and father had lived for over forty years. In the storeroom under her father’s workbench, they found about a dozen boxes. Upon opening, the brothers discovered that well over 200 shaving brushes had been assembled. In fact, all 3,000 shaving brushes were fully assembled.

As it turns out, while going through his chemo treatments to keep himself occupied, unbeknownst to anyone else, their father had collected all of the original shaving brushes for his sons to discover – a true legacy left for them to cherish to say, “Now is the time, no more living in fear, life is too short, no more what-ifs, no more regrets. Just do it.” A few days later, they met with a patent attorney to conduct a patent search. After that search came back clean, they decided to re-design their original primitive shaving brush and turn it into today’s sleek and sexy version Two years later, Dave and Mike received both design and utility patents.

How much does Legacy Shave cost and where can you buy it?

A question the brothers often answer is how they came up with the company name Legacy Shave. The brothers replied: “Let’s just say the name reflects what’s close to our hearts – family and legacy. Shaving itself is a legacy passed from generation to generation. That fact, combined with the fact that we found what our father had been doing to keep himself occupied during chemo, was a “legacy” he left for us to find. “As the two founding brothers, we are proud to introduce you to our company, which is rooted in the past but focused on the future,” they explain.

Legacy Shave retails at $29.95, but the brand is currently running a Shark Tank sale, offering the shaving cream jar and brush for $24.95. You can also buy just the individual brush or jar of shaving cream on the brand’s website or on Amazon.

Since its launch, Legacy Shave has been a huge hit with its customers. The Legacy shaving brush currently has a 4.5 star rating on Amazon and has received multiple rave reviews from customers. One customer shared, “Wonderful idea…I’m surprised no one has thought of this before! Seems to be a good shaving cream and the brush is soft and smooth. I think I can also detach the brush and reuse it for other doses of shaving cream so this will be useful for a long time.”

Robert Herjavec or Barbara Corcoran could steal the deal. Although the brand’s sales figures and profit margins will ultimately be the main deciding factor for the Sharks whether to invest in the business or not. So we’ll just have to wait and see if the Sharks even make a deal.