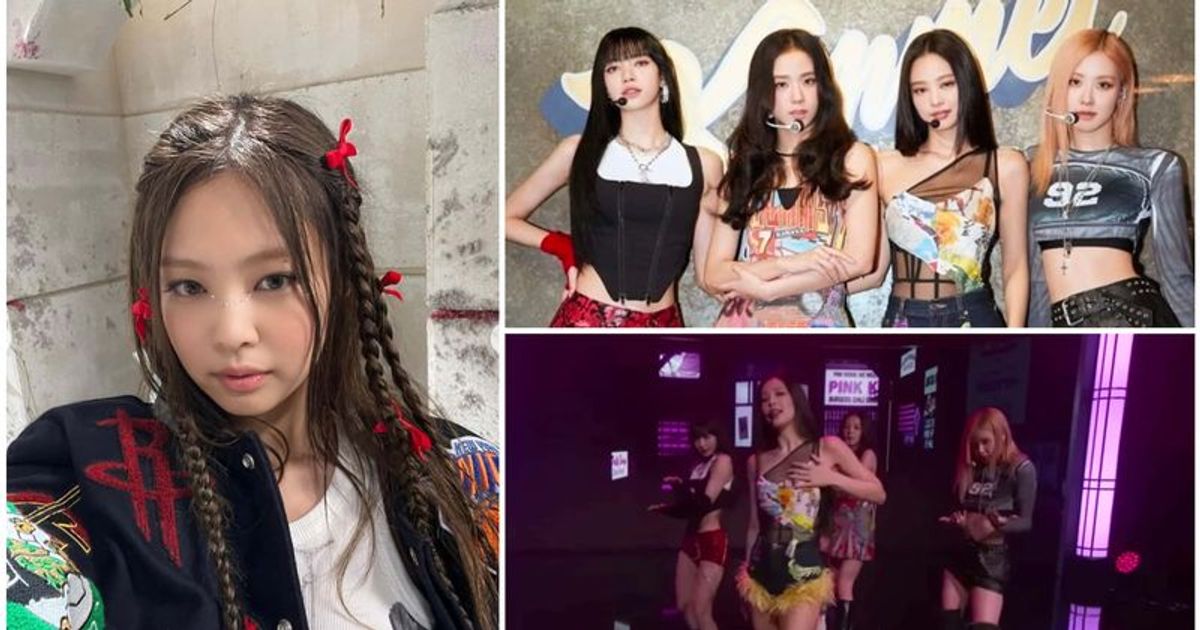 Trolls claimed Jennie has resumed her lethargic idol attitude, despite being called out for her “lazy dancing” at previous live performances by Blackpink

SEOUL, SOUTH KOREA: Blackpink’s Jennie is perhaps the most talked about K-pop idol right now, whether it’s her comeback with the girl group, her alleged relationship with BTS V (Kim Taehyung), or her upcoming Hollywood debut with HBO Show the original “The Idol”. Despite all the excitement, Jennie is facing backlash for her live performances. Over the years, Jennie has been labeled a “lazy performer” where she has been seen putting the least amount of effort or energy into her live performances with Blackpink.

There have been many performance compilations in the past where fans pointed out that Jennie could never give 100 percent on stage and seemed most disinterested during Blackpink’s live stage performances. Now a new allegation has emerged against Jennie after she was spotted performing Blackpink’s new single ‘Shut Down’ from their second album entitled ‘Born Pink’. Blackpink first performed “Shut Down” on ABC’s Jimmy Kimmel Live!, a talk show hosted by famed late-night host Jimmy Kimmel. After that, fans began to point out how Jennie had resumed her lazy idol attitude, where she invests little to no energy in her performances.

In a community post by Nate Pann, a fan pointed out that Jennie’s live performance for “Shut Down” from Jimmy Kimmel Live had pretty low energy compared to her choreographed performance. The user said, “This is her first comeback 2 years after her last comeback and Jennie is still the same/Jennie is trying to look hip by skipping all the choreography.”

More fans pointed out that Jennie actually appeared to be lazy during the performance, with one saying, “Don’t worry Jennie is lazy in 2022 and start saving for that oxygen tank because her sister is closed on ONE song fight when the world tour is near.”

One fan said, “Is she ok, no stage presence.” Another fan said, “Jennie has been a lazy dancer for over 3 years, gotta respect the consistency.”

Another fan said: “I just saw BP perform on Jimmy Kimmel. Seriously, it’s about time YG had a serious talk with Jennie about her lazy and appalling performance on stage. This is getting serious and it’s no longer a joke. It’s like she doesn’t even care at this point.”

Another fan said: “Lisoo made Jennie look like she was lazy. They put her in the middle all the time but she couldn’t move like the girls, she looked so lazy.. making mistakes in stage omg.”

However, fans haven’t as they defended the idol, noting that she wasn’t lip syncing like most idols and actually rapped during the performance. Blinks (fans of Blackpink) explained that Blackpink is not a performance-oriented K-pop group and it is not important for the girls to put on energetic performances as they focus on their rap and singing skills. One fan said, “As long as Jennie isn’t lip syncing, that’s fine.” Another fan said, “She might have moved less, but she had swag and attitude = typical YG.”

Another fan said: “This is how Jennie has been performing live Blackpink performances and during rap parts since the rookie era. Idk why Anti has to manipulate and manipulate every move of hers. Maybe you have to worry about your own darling lip syncing instead.”

One fan said, “It’s still 2022 and kpop stans will never understand Jennie Kim’s stage presence as her favorites are missing A LOT.” Another fan said, “The way Jennie ate her rap part… I mean it’s live and she didn’t even miss a word and she let her pronunciation flow…People drag out this performance…it just means they’re jealous and insecure of Jennie Kim.”