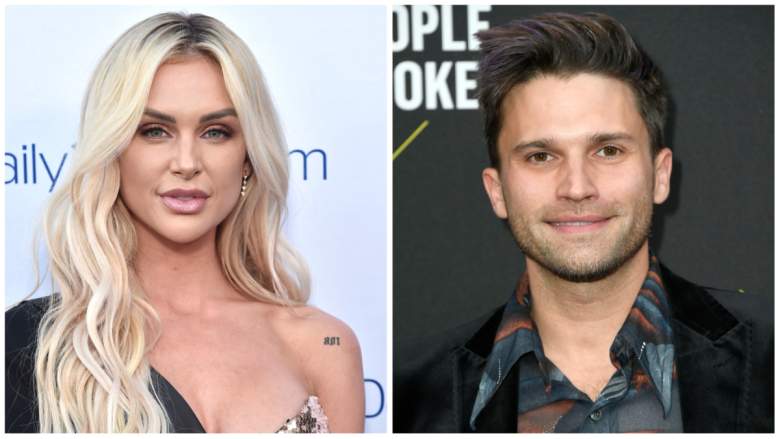 The upcoming tenth season of “Vanderpump Rules” has a premiere date of February 8, 2023. In the Season 10 trailer, fans catch a glimpse of Lala Kent feuding with castmate Tom Schwartz. During the heated interaction, Schwartz insulted Kent’s lips and called her “an illegal ‘housewife'”.

In a January 2023 interview on former Vanderpump Rules star Kristen Doute’s Sex, Love, and What Else Matters podcast, Kent suggested that she wasn’t bothered by Schwartz’s comment. She noted that the comment reminded her of something a cast member would have said in previous seasons of Vanderpump Rules.

“Even Schwartzy in the trailer pulls out an OG line where he calls someone a pirate. This season, apparently, I’m a bootleg copy of The Housewife. And guess what, I’m a bootleg housewife. No offense. It’s more of a fact,” the “How Could You Leave Me” singer said.

While recording the Sex, Love, and What Else Matters podcast, Doute, who was fired from Vanderpump Rules Season 8, shared that she’s excited for the new episodes of the show.

The tenth season of “Vanderpump Rules” follows the aftermath of Katie Maloney’s split from Schwartz. As fans know, the couple announced they had separated in March 2022 and finalized their divorce in October 2022. Speaking to Us Weekly at BravoCon 2022, which took place over the weekend of October 14, 2022, Schwartz opened up about how he’s been dealing with his breakup. He explained that he was “a hot mess” when his relationship with his ex-wife first ended.

“In retrospect, I was even a bit excessive, maybe at some point I liked the pain a bit. I was kind of wallowing in my new little bachelor pad,” the television personality confided.

During an E! News interview at BravoCon, Schwartz referenced that he kissed his castmate Raquel Leviss at Scheana Shay’s wedding in August 2022. He revealed he has “like a connection” with the 28-year-old and encouraged fans to “watch the season” to “see how that unfolds”. The 40-year-old also shared that he was previously unaware of Levis’s sense of humor.

“Me and Raquel have become a lot closer and I appreciate her very much. I got to know her and I see all these different facets of her personality that I didn’t even know existed. And I didn’t realize how freaking funny and witty Raquel is,” Schwartz shared.

In a separate interview with Us Weekly in October 2022, Leviss claimed that she and Schwartz are “good friends.” She noted that she bonded with the 40-year-old while filming Season 10 as they both struggled with breakups. The 28-year-old revealed that she ended her engagement to ex-fiancé James Kennedy in December 2021.

“I feel like it kind of brought us together as friends. And we could support each other. And I didn’t expect that friendship to blossom, but I’m glad it did,” Leviss said.

The model also admitted she’s “not on the best of terms” with Maloney after filming season 10 of Vanderpump Rules.

“I mean, I can’t speak for her, but I feel like I’m keeping my distance and letting her express her feelings,” the Bravo personality explained.