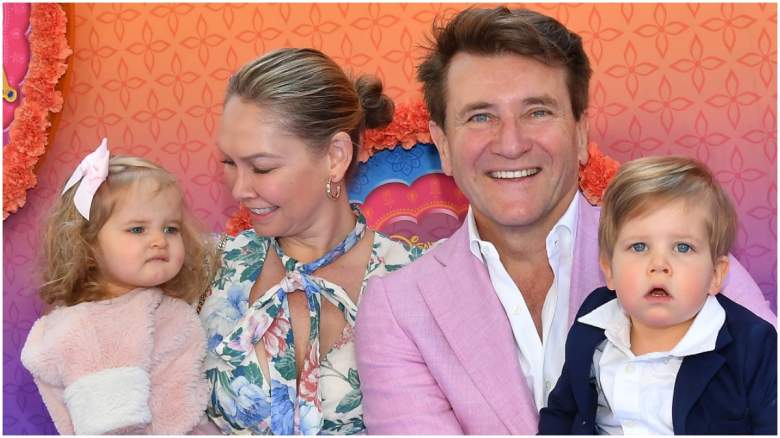 Kym Johnson Herjavec’s twins are getting so big.

In January 2023, the former “Dancing With the Stars” pro dancer and her husband, “Shark Tank” star Robert Herjavec, posed with their 4-year-old twins Hudson Robert and Haven Mae at a live kiddie show and fans were able to can’t get over how fast the kids grow up.

In a January 2023 photo posted to Instagram, the celebrity family posed with character Bluey. The character is the dog star of the popular Australian preschool series of the same name.

In the photo, little Hudson and his parents were smiling, while Haven looked a little impressed as she stood in front of the costumed version of the animated TV character.

“Well that was amazing! (For Real Life!),” Kym captioned the family picture.

The Herjavecs married in 2016, just a year after they first met while working together on “Dancing with the Stars.” According to Closer Weekly, the celebrity couple welcomed their twins in 2018 after undergoing IVF.

Fans have watched the kids grow via photos and videos on social media, but some felt the Bluey pictures showed a major growth spurt for the two preschoolers.

“Omygosh they’re growing up!” one fan wrote on Instagram of the Herjavec twins.

“They are so big!!” another agreed.

“The kids are growing up! ADORABLE,” chimed in another fan.

Others said the twins are “mini” versions of their famous parents.

Kym previously revealed that when her twins started growing, they each had “very different personalities.” “Haven, our little girl, is the boss,” she told Hollywood Life in 2020. “And Hudson, he’s just the happiest little kid. He just adores and loves his sister.”

Kym previously told Us Weekly that she would “love to” have more children. But in a 2020 interview on The Morning Show, the 46-year-old mother-of-two questioned future children with her husband, who turned 60 in 2022 and has three other adult children.

“If we were younger, definitely, but I think we missed that boat,” Kym said. “We won’t have any more children, although we probably would like to,” she added.

In raising Hudson and Haven, the professional dancer made sure to maintain the traditions of her Australian background. In 2020, she told Hollywood Life she was planning an “Australian-themed” birthday party for her children “to honor wildlife.”

And in December 2022, she posted on Instagram when her children helped her prepare a traditional Australian dessert for Christmas while watching an annual holiday special that is televised around the country.

“We may be in Canada but the Aussie tradition of a pavlova and #carolsinthedomain are still with us!” Kym captioned the post.