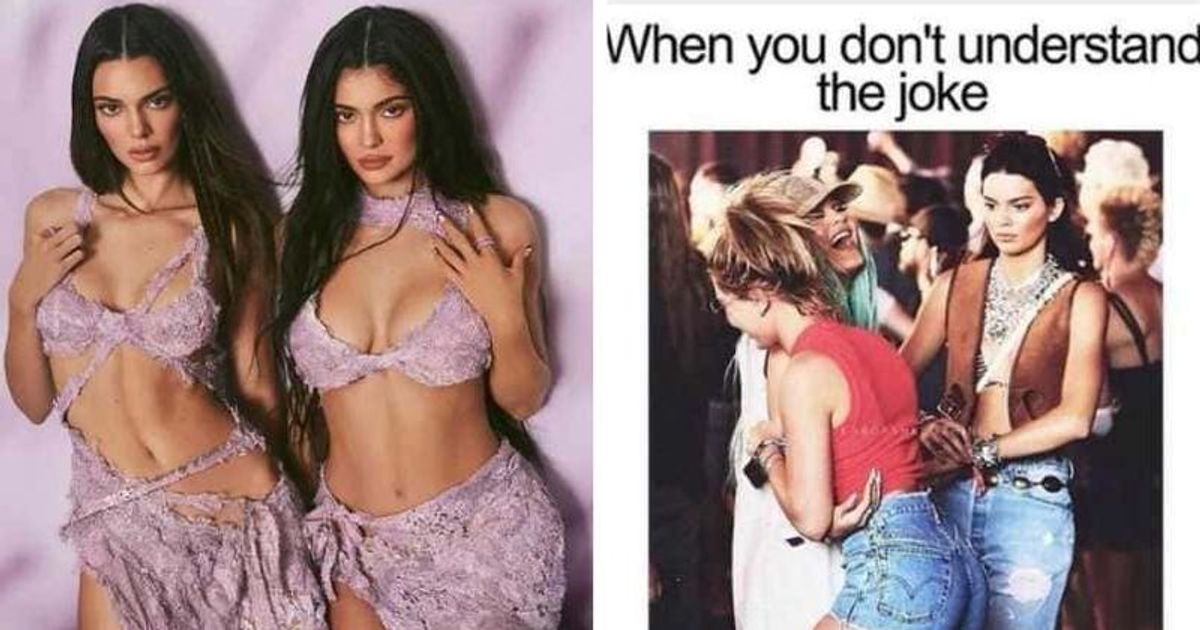 Kylie Jenner appeared to throw some shade to her sister Kendall on Instagram while seemingly nodding to friend Hailey Bieber. Kylie used a throwback photo of the trio and tagged both Hailey and Kendall.

In an Instagram Story, the ‘Keeping Up With The Kardashians’ star toasted her older sister Kendall Jenner with a hilarious meme from a fan account.

With a throwback photo showing Kendall and Kylie with friend Hailey, Kylie dissed her sister’s blank expression. She wrote, “If you don’t get the joke.”

In the photo, Kylie has a big smile on her face as she hugs Justin Bieber’s wife at a crowded party. Kendall, wearing a leather western vest, stared blankly while the other two laughed. Sharing the meme, Kylie tagged her sister in the post along with her best friend Hailey.

In April this year, the ‘Keeping Up With The Kardashians’ stars and their gang of girls were spotted partying together at Coachella. In a clip that later made the rounds on social media, Kylie held her sister’s tequila bottle close to the camera.

The billionaire businesswoman then planted a sweet kiss on the side of the tequila bottle. The trip to Coachella showed Kylie enjoying her cart ride with Hailey. The two besties snuggled up close as Hailey rested her forehead against Kylie’s. The gang then made their way to see Justin Bieber at the music festival.

The girls’ night came months after Kylie welcomed her second child, a boy whose name is not yet known. She shares her first child, Stormi, four, with partner Travis Scott.

This isn’t the first time Kylie has poked fun at Kendall on social media. In early May, Kourtney Kardashian married Travis Barker in a beautiful ceremony in Portofino, Italy.

During the celebrations, the Kylie Cosmetics founder sipped on a cocktail while Kendall danced and sang for the camera. She hilariously captioned the TikTok video “Me and Cucumber Girl.”

Previously, Kendall was called out by fans for her wild method of chopping a cucumber. During an episode of the Hulu show, the runway model struggled to slice a cucumber.

Just a few days ago, Kylie Jenner’s Instagram post with partner Travis Scott sparked conversations about her hypocrisy on pollution and climate control.

Kylie posted a black and white photo of Travis posing in front of a jet. She was subsequently blasted online for how she was raising awareness of pollution while also helping. One of the tweets slamming her read: “Kylie Jenner: full-time climate criminals. These jets should never be allowed to take off.”