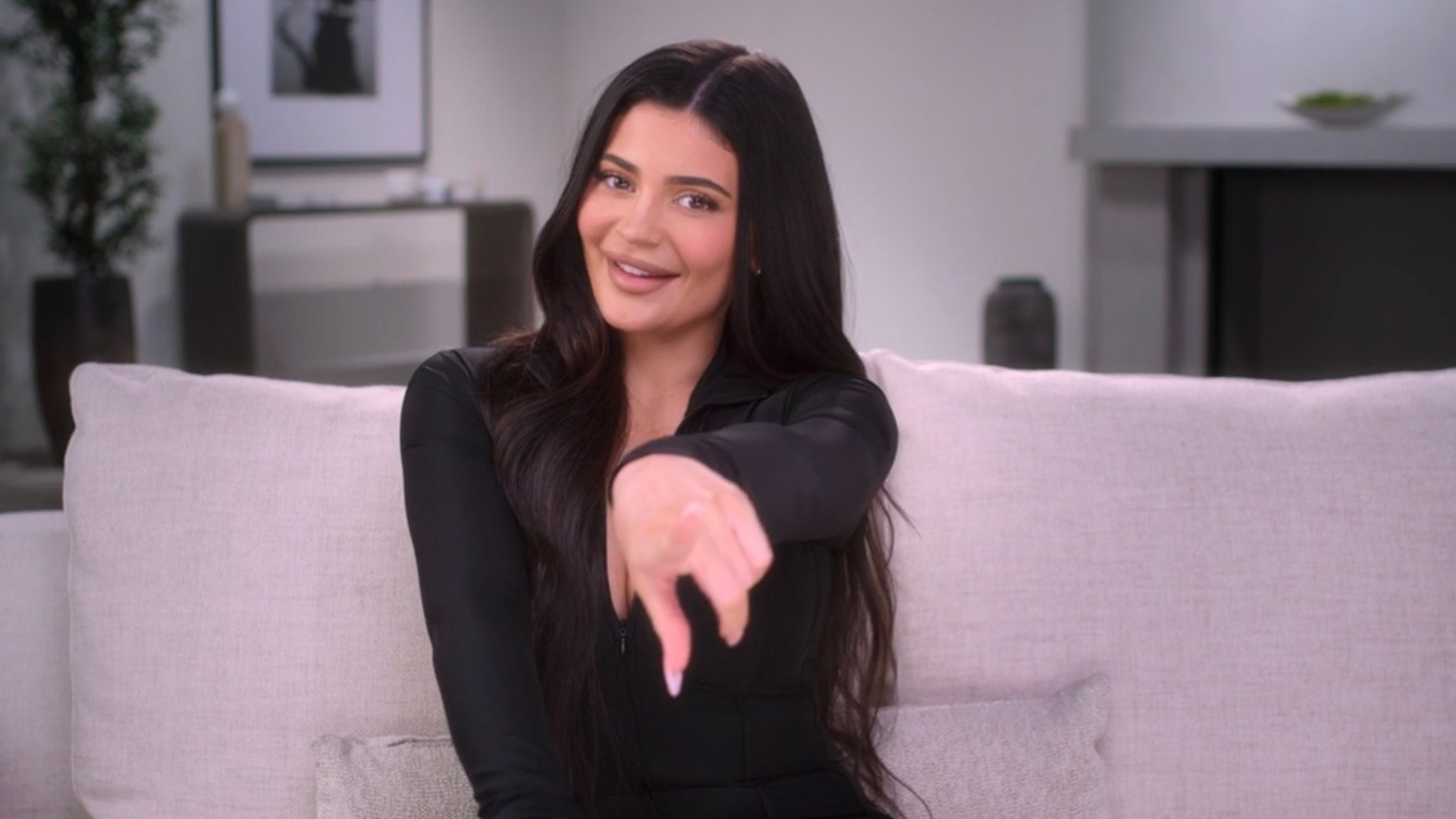 KYLIE Jenner has revealed her baby son’s name a few months after she and Travis Scott announced they’ve changed him from Wolf.

The couple welcomed their son in February and still haven’t shown the child’s face, but they did provide an important update on their baby boy at tonight’s Hulu finale.

During Thursday’s episode of The Kardashians, the finale of her second season, Kylie, 25, revealed her son’s name after claiming to have changed it.

After several months of speculation, she made the reveal in a self-confessed interview on the show.

“This year has been very transformative for me. There are so many amazing things I’m really looking forward to.

“To hang out with my babies and really immerse myself in my work,” she said.

“My baby’s name is still Wolf. I’ll let you know when I change it. Maybe I’ll tell you guys in season three,” she added with a wink at the camera.

While Kylie hasn’t shown her baby, she has made some revelations about him.

After sister Khloe Kardashian showed off her son, the makeup mogul revealed what her little boy’s eyes look like.

The mother-of-two recently took to Instagram to repost a throwback photo shared by a fan.

In the black-and-white snap, a young toddler Kylie looked mischievously at the camera with her big, deep brown eyes.

The reality star captioned her repost, “My kids have my eyes.”

Kylie’s four-year-old daughter Stormi has big brown eyes, just like her mother, and while the star has yet to post a photo of her son’s face, she has confirmed he had big dark eyes, just like his older sister.

Kylie has been teasing photos of her newborn son for several months after he was born in February.

Khloe, 38, showed off her only son’s face at the emotional season premiere of Hulu’s The Kardashians.

However, fans are curious about the name of the baby.

Some have speculated on what the Good American founder named her little boy.

During a recent episode of The Kardashians, the tot was heard crying as Khloe handed him over to his grandma, Kris Jenner, who was snuggling the baby on her shoulder.

The famous family visited France during the episode.

Kim asked, “What should we call him? I need to know that.”