Kyle Richards throws a big name into the casting mix 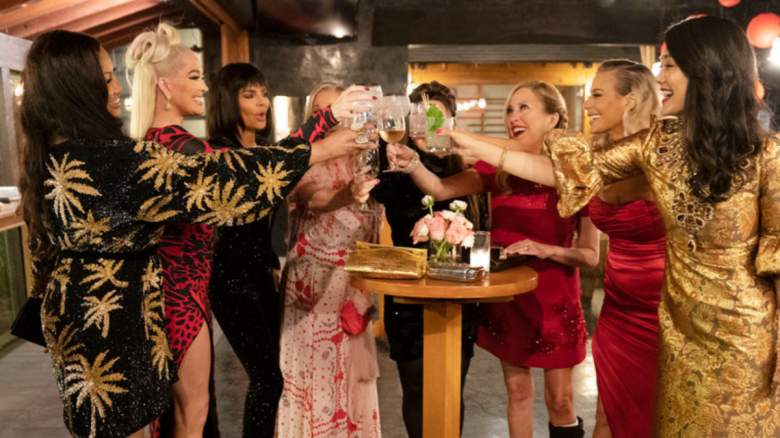 A Real Housewives of Beverly Hills star has shared her top picks for who she thinks should join the franchise. About two weeks after Lisa Rinna announced she was leaving the show, TMZ caught up with Kyle Richards and asked who she would like to see in the cast.

“I’ve always said Chrissy Teigen would be the best,” Richards told the outlet when asked who she thought would be a good replacement for Rinna. “It’s not an easy job, believe it or not,” Richards continued when asked who another option might be. She then walked to her car, which was being serviced outside Il Pastaio in Beverly Hills.

Interestingly, however, this isn’t the first time Richards has mentioned Teigen’s name when it comes to casting for RHOBH.

“People always ask. I would say Chrissy Teigen but I know she won’t, so now I have to think of someone else because I know she never will,” Richards told Us Weekly in 2019 when asked, who should replace Lisa Vanderpumpe.

However, during an Amazon Live on January 19, 2023, Richards said she knew that Teigen would not actually join the franchise. “I just think she would be great on the show. I know it can be controversial. She’s really funny. She’s really fast and smart,” she said.

In an interview with Entertainment Tonight in June 2022, the mother-of-three explained why she doesn’t think the Real Housewives franchise is a good place to land for her.

“I grew up watching court shows. Honestly, my mom was always the one who had every court show all the time, and I just remember thinking they were so mean and so scary,” she explained. “A lot of people think that I love conflict or that I’m as good as ‘Real Housewives’ or something… I’m always like ‘No, no,'” she added.

“I enjoy mediation. Big, brutal conflicts and attacks and stuff like that is not me,” she said.

If Teigen has ever changed her mind, there is one person she would happily sign.

It seems a shakeup in Beverly Hills was inevitable after a dramatic 12th season that left many in bad taste. In fact, during a November 2022 interview with Us Weekly, executive producer Cohen seemed to say that changes would be made before season 13.

“Being on ‘The Housewives’ is something I want everyone who’s on the show to be excited about being on the show and have a level of desire to be on the show, and feel great doing it. And so we’ve had this situation before with other housewives saying, “Look, this isn’t my group, I don’t want to interact with person X or Y.” And that’s totally how it is, that’s her choice,” he explained.

“Change is always good. But you know, it’s been a very successful season,” he added.

Meanwhile, Rinna announced her departure, as did full-time star Diana Jenkins, who is focused on her pregnancy.

So far, Bravo has been mum on who might join the cast or who else might leave.