Kyle Richards Reveals Why She May Return for RHOBH Season 13 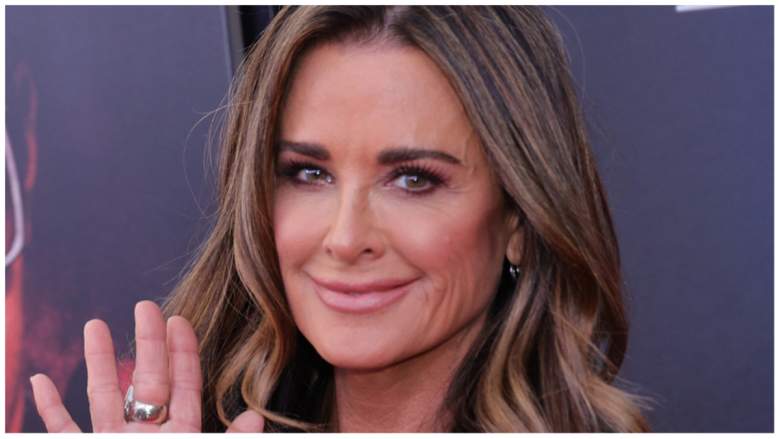 Kyle Richards just wrapped up one of her toughest seasons ever with The Real Housewives of Beverly Hills. The mother-of-four has been a cast member on the Bravo reality show since its debut in 2010, when she got into a shocking argument with her sister Kim Richards in a limousine during the season one finale.

Fast forward to Season 12, and Richards and her oldest sister, Kathy Hilton, have yet to recover from the aftermath of an explosive cast trip to Aspen, during which Hilton reportedly vowed to “ruin” her younger sister and family. Previews for the “RHOBH” reunion showed a tearful Richards asking Bravo host Andy Cohen if they could stop filming.

With so much family drama on display, it wouldn’t be a surprise if Richards called it a day of “RHOBH.” The longtime Bravo star certainly doesn’t need the money or the fame; Richards has her Kyle X Shahida clothing line and has furthered her acting career with a role in the final installment of the Halloween horror film series.

But in a new interview, Richards hinted that despite all the drama, she may not be done with “RHOBH.”

Richards spoke about her time on “RHOBH” in an October 2022 interview with Entertainment Tonight, telling the outlet that the last taping of the reunion was “difficult” and ended up being “quite possibly the worst reunion in 12 years.” She also revealed that things are still very tense with her sister, but she “hopes” they will eventually reconcile.

When asked about her future on RHOBH, Richards admitted she wants a peaceful life. “I find myself saying, ‘What do I do? I want to live in peace,’” she said. But she added that viewers don’t see much of the good times she has off-camera with her co-stars and the Bravo crew, which is one of the reasons she hasn’t said goodbye to the show just yet.

“It’s not shown, we also have a lot of fun together and we do a lot of great things,” she said. “The crew and people behind the scenes, the producers and everyone, they become your family after all these years.”

“It would be so weird not to do it after all these years,” Richards added of the Bravo reality show. “After the 13 years that I’ve been on this show, there will of course come a time when it’s time for me to hang up my diamond. I don’t know when that will be, but we’ll see.”

Richards is the only remaining original cast member from “Real Housewives of Beverly Hills,” so she’s often asked when she plans to end her reign on the show.

In a September 2022 interview with Fox News, she admitted that when she signed on to “RHOBH” more than a decade ago, she thought she was “doing a little show” that might be “three months long, and that was it”. “I had no idea that 12 years later I would be here like this,” she added.

In early 2022, Richards also told E! News that she keeps reassessing her status on “RHOBH” at the end of each season, thinking, “Well, maybe I can do another one.”

RHOBH would be hard to imagine without Richards. In an interview with Distractify, her co-star Garcelle Beauvais admitted it would be “weird” to be on the show without the “RHOBH” OG. “But I get it, too,” Beauvais added. “She’s been around for a long time and you never know. I think we all take it one season at a time, honestly.”