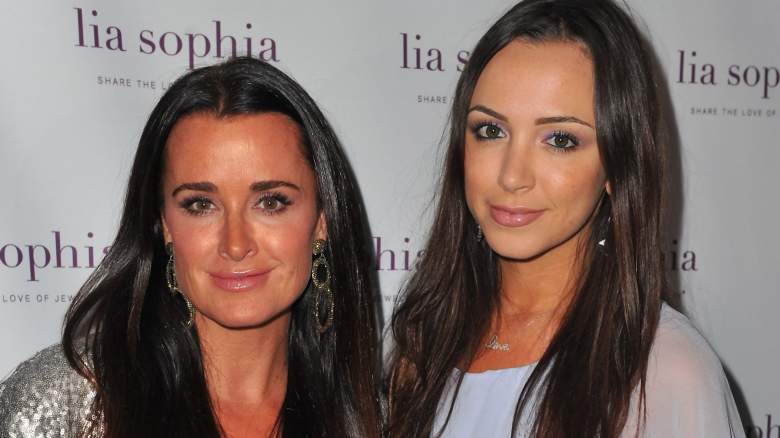 After getting engaged on her families’ new Netflix show, Buying Beverly Hills, she revealed new details about her upcoming nuptials in an interview with Us Weekly published Nov. 4.

“You go, I have my dress and that’s it,” Aldjufrie told the outlet. “But we are nearing the completion of some things, or at least the beginning of the whole process. We haven’t set a date. To be honest, I really just wanted to enjoy the engagement for a minute. And I know people go straight into it – it’s not my personality or my partners. Now we feel like we’ve enjoyed it and we’re ready, but of course it’s a question I get several times a day.”

During an August 2022 episode of “The Real Housewives of Beverly Hills” After Show, Richards admitted that she and husband Mauricio Umansky are so excited to plan Aldjufrie’s wedding but can be “so annoying” at times.

“My husband and I are so annoying,” Richards said during the post-show episode. “Farrah just got engaged, but we’re excited to get the ball rolling.”

Richards continued, “We haven’t even let them digest the fact that they’re actually engaged and getting married … It may be news to them, but I’ve already got this planned in my head and I need to get the party started here.”

According to mom Kyle Richards, Aldjufrie plans to marry Manos in La Quinta, California, which she spoke about in part two of the Season 12 reunion special, Real Housewives of Beverly Hills.

“They want to get married somewhere in the desert near our home in La Quinta because that’s where they spent a lot of time when they were together,” Richards explained during the reunion.

Richards added: “But of course it’s our first – we’re going to make it beautiful. I mean you saw it [my youngest daughter] Portia’s bat mitzvah… it can’t be less!”

A two-bedroom house could be yours for as little as £5,000 – but wait until you see the inside

A two-bedroom house could be yours for as little as £5,000 – but wait until you see the inside