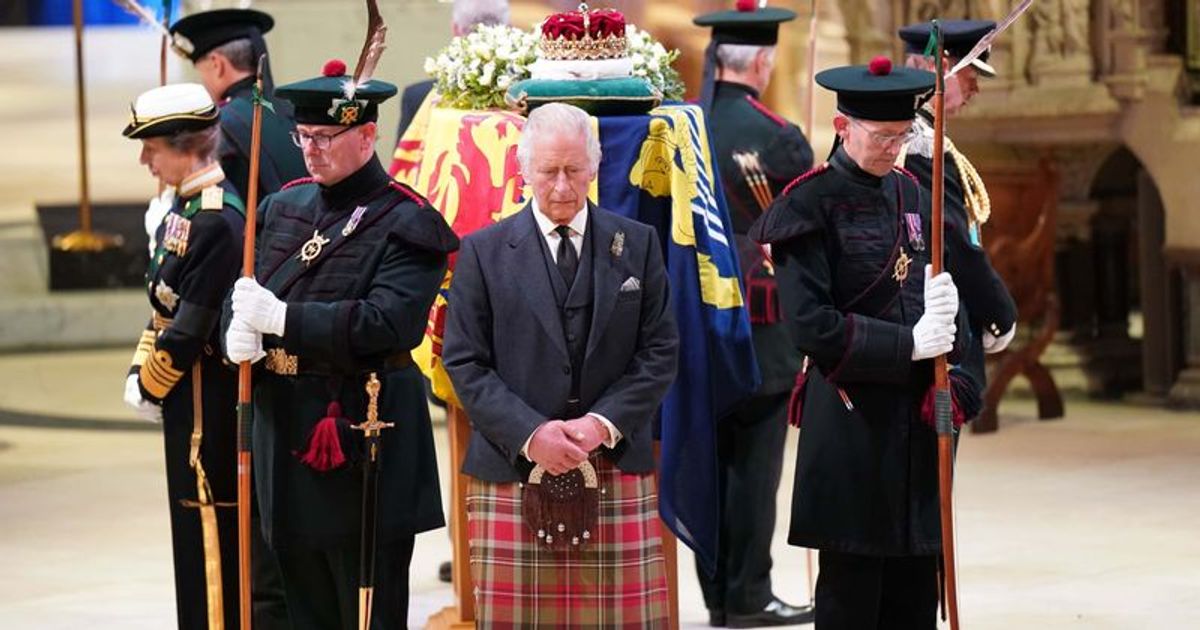 LONDON, UNITED KINGDOM: King Charles and his siblings Prince Andrew, Princess Anne and Prince Edward will pay tribute to Queen Elizabeth II at a moving vigil on Friday September 16. The new monarch will hold a 15-minute vigil at Queen Elizabeth’s coffin on Friday evening at 7.30pm. The senior royals are expected to repeat the ceremonial act they performed in Edinburgh of guarding their late mother’s coffin. Each stood head bowed in one of the four corners of the oaken coffin as part of the royal entourage known as the “Prince’s Vigil”.

The royals will wear their military attire, with Prince Andrew wearing the uniform to pay respect to Her Majesty despite not being a working royal. The Daily Mail reported that the Duke of York, who was initially banned from wearing the military uniform, is now being lifted and it is a great relief for him as he was molested during a procession in Edinburgh and had to bow his head ceremonially during his siblings saluted as they walked behind their late mother’s coffin, which was being transported in a gun wagon.

That’s not the case for Prince Harry, however, who sacrificed his royal life for a normal one in Los Angeles. The Duke of Sussex is still reportedly banned from wearing military colours. “I understand that unlike Prince Andrew, Prince Harry will not be allowed to wear a uniform at the final vigil at Westminster Hall,” Sussexes’ official biographer Omid Scoobie tweeted earlier this week. “Undoubtedly a blow to the Duke of Sussex who has served for ten years and spoke this morning of the Queen being his ‘Commander-in-Chief’.”

The Queen’s only daughter, Princess Anne, made history by becoming the first female member of the royal family to “stand vigil” at the final “Princes’ Vigil” at St Giles’ Cathedral as part of Monday’s memorial service. Ahead of Her Majesty’s state funeral, nearly a million mourners are expected to try to crowd into the Palace of Westminster to pay their last respects. Tens of thousands of people have poured into the capital in recent days, forming a huge line that has its own live stream and was more than four miles long at noon on Thursday September 15.

The Monday “Princes’ Vigil” has been taking place for the first time since 2002. There have been two such ceremonies in the past, in 1936 at the death of King George V in 1936 and in 2002 during the funeral of the Queen’s mother. The vigil was attended by the King’s four grandsons, King Charles, Prince Andrew, Prince Edward and the Earl of Snowdon.