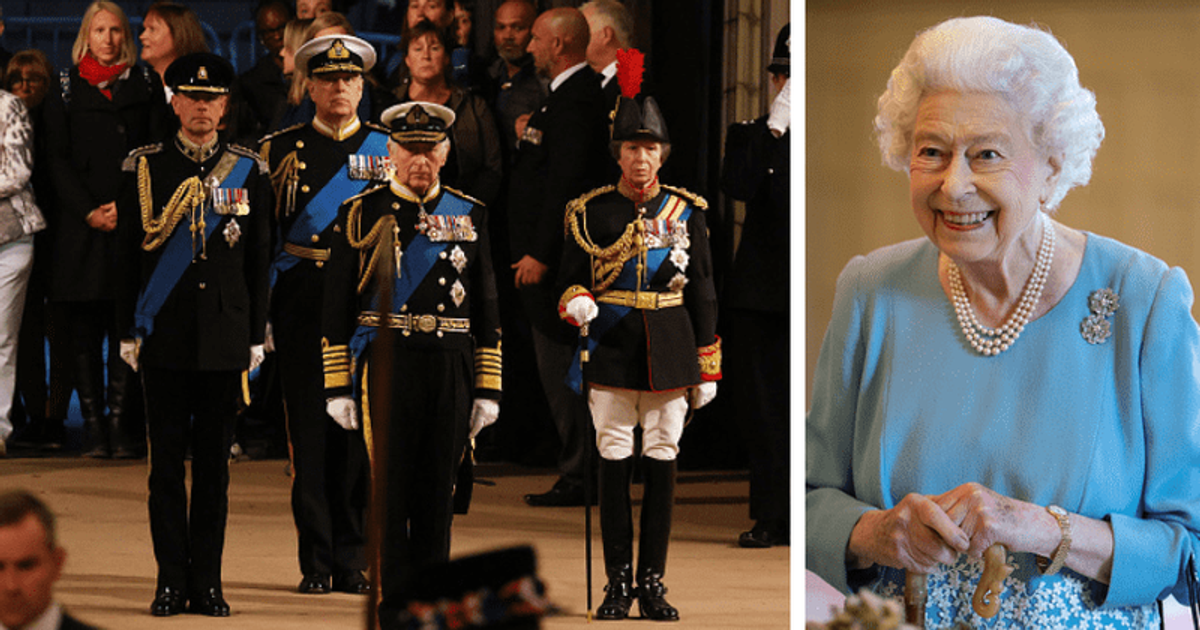 The King led them to the Queen’s coffin, with Anne and Edward walking side by side while Andrew followed

LONDON, UNITED KINGDOM: The newly sworn monarch King Charles III. stood alongside Princess Anne, Prince Andrew and Prince Edward next to their mother’s coffin in an emotional vigil on Friday, September 16. They entered in military uniform and stood in front of the coffin.

According to The Sun, all of the Queen’s children stood with their heads bowed to pay their last respects to the late monarch, who died on September 8.

Queen Consort Camilla and the late monarch’s grandchildren stood in Westminster Hall for 15 minutes of silence. The King led them to the Queen’s coffin, with Anne and Edward walking side by side while Andrew followed.

As thousands of mourners waited to get to Parliament to pay their respects while the Queen is in state, the government announced the queue would be closed for several hours as the line was too long.

Meanwhile, Prince William and Prince Harry, 38, were absent from Friday’s vigil but will stand vigil around their grandmother’s coffin at a separate vigil on Saturday, September 17. The Duke of Sussex, who has been on the front line on two tours of duty in Afghanistan, is not allowed to wear his military uniform as he is no longer a working royal. However, according to the Sun, royal sources say the king has allowed his youngest son to wear the uniform for the vigil.

With final preparations underway for the funeral on Monday 19 September, several politicians and royal dignitaries from around the world are expected to attend over the weekend.

The man in charge of the Queen’s state funeral is Earl Marshal Edward Fitzalan-Howard, 18th Duke of Norfolk, who said Monday’s historic occasion will “unite people around the world and resonate with people of all faiths”. He noted that it was “both humbling and disheartening” to have the “honor and great responsibility” of leading the solemn event, which will be broadcast to billions of people around the world. “The events of the last few days are a reminder of the strength of our Constitution, a system of government that in many ways is the envy of the world,” he added, according to The Daily Mail.