Kim Richards updates on her relationship with sisters Kyle & Kathy 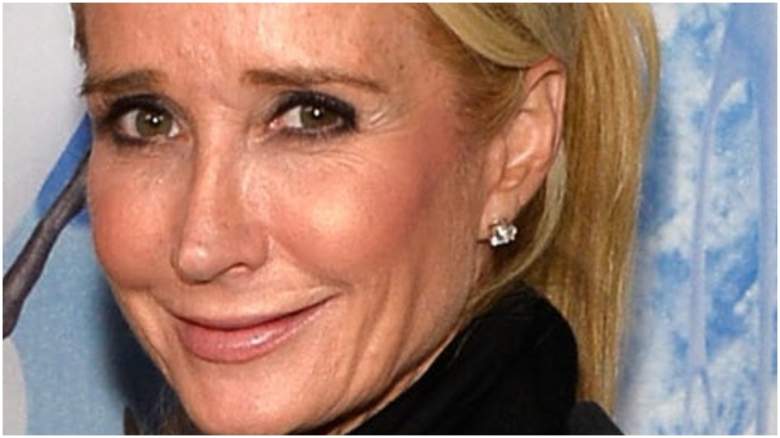 Fans of The Real Housewives of Beverly Hills know that sisters Kim and Kyle Richards had a rocky relationship. At the end of the first season of the Bravo reality show, Kyle called Kim an alcoholic during an argument in a limousine.

10 seasons later, Kyle was seen telling her husband, Mauricio Umansky, that her relationship with Kim was “not amazing, obviously, it’s a strained relationship.”

In a new interview, Kim opened up about the current status of her relationship with her youngest sister and how she feels about her eldest sister Kathy Hilton’s stint on the Bravo reality show.

The last photo of the celebrity siblings was shared in February 2022, and it turns out that was the last time they were all together. In a post shared to Instagram in early 2022, Kim, 57, posed with Kyle, 53, and her eldest sister Kathy Hilton, 62, during a joint engagement party for Richards family cousins ​​Farrah Aldjufrie and Whitney Davis. In November 2021, Kyle’s eldest daughter Farrah got engaged to Alex Manos, and a few weeks later, Kim’s daughter Whitney accepted a proposal from Luke Graham White, according to Reality Blurb.

In an interview with Us Weekly in July 2022, Kim confirmed that the engagement party was the last time she saw Kyle, but she also downplayed a family feud.

“I haven’t seen her,” the former child star said of Kyle. “I was texting both of my sisters the other day and Kyle texted me back ‘I love you Kim’ and when I see the words ‘I love you’ I cry. I love my two sisters so much. … I don’t have an ax to grind with any of my sisters.”

She added that her relationship with her two sisters is “great” and that they never really “fight.”

Kim explained that she used to live just down the street from Kyle, but no longer, so she doesn’t see her as often as she used to. In a separate interview, Kim admitted that she misses seeing Kyle regularly.

“I’m okay with Kyle,” she told E! News. “I wish I could see her more often. I wish we could spend a little more time together. I spend more time with Kathy than I do with Kyle, and I miss my sister. I know she balances 100 things and we all do.”

While Kim left RHOBH years ago, her sister Kathy joined the cast in 2021 as a “friend of” alongside Kyle, who is still a leading man. There were rumors that Hilton had a breakdown during a girls’ trip to Aspen and begged to go home on Page Six, and a season 12 trailer also showed Kyle in tears after Kathy spoke negatively about her, seemingly behind her back .

In an interview with Access, Kim said she initially “100 percent” supported Kathy in joining RHOBH, but wasn’t so sure when she signed on for a second season.

“As this season came around, I just felt like I wasn’t sure about it,” Kim admitted. “So I just… kind of resigned. I said to her, “I don’t know.” Now I’ve heard it didn’t go that well, and I think if anything, it just made me sad. I cried a bit about it. And I’m not watching the show right now… it hurts to hear they’re not doing well. It brings back memories for me and more than anything I just want us to love each other. You can’t force anything, but I want it to be wonderful.

Kim said when she saw a RHOBH trailer teasing the drama, she felt sad for Kathy.

“It hurt me for her.” She said. “It’s edited differently, so I don’t know what the real story was. I love my two sisters and want them to put things behind themselves if they can and not look at what has been stirred. We say things in a hurry when we are angry.”

Kim also made it clear that she doesn’t choose sides between her siblings and that she has reached out to both of them.

“There’s no ‘side’ for me because I love them both,” she said. “I really love my sisters so much. I have a different relationship with each of them. I haven’t seen what it is [that happened] and none of them actually told me… and could also be “fake”. So I waited to speak to my sisters to find out.”

LOST PROPERTY Watch a motorist ‘punish’ a cyclist and then go mad and yell ‘You got in my way’.

LOST PROPERTY Watch a motorist ‘punish’ a cyclist and then go mad and yell ‘You got in my way’.