Kim Richards amazes in a rare family photo at the carnival 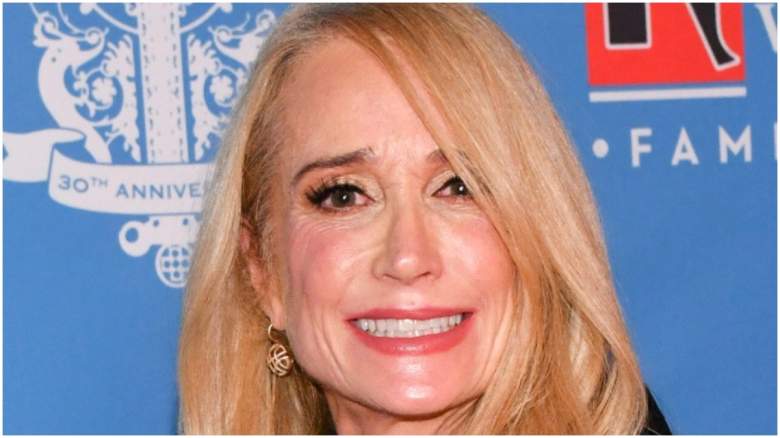 Kim Richards posed for a rare photo with her family.

The former Real Housewives of Beverly Hills star posed with her daughters and several other family members at an event held during the three-day wedding reception for her niece Paris Hilton.

Kim, 57, wasn’t seen much in public over the past year due to the COVID-19 pandemic. In a season 11 episode of RHOBH, Kyle Richards revealed that her sister Kim was even spending the 2020 vacation alone because she was scared of contracting the virus.

Kyle also told Digital Spy that Kim was too “nervous” and “uncomfortable” to make a cameo on the Bravo reality show at the height of the pandemic.

“She didn’t even leave her house,” said Kyle. “She was one of those people who just didn’t leave home, they were so scared.”

But according to her latest social media feed, Kim is back and looking better than ever.

In a photo shared on her Instagram page, Kim looked happy and healthy as she posed with two of her daughters, Brooke Weiderhorn and Kimberly Jackson, as well as her sister Kyle Richards, nieces Alexia and Sophia Umansky, and a maternal relative from the family.

In the picture, Kim was wearing a neon green jacket as she threw her head back and smiled. She subtitled the post to reveal that she was at the Neon Carnival with her “favorite people” and “favorite food” (that would be Fatburger). The carnival took place on the Santa Monica Pier as the second event of the Paris Hilton wedding weekend, according to Page Six.

In another photo, Kim posed at the carnival burger stand to show off her full outfit, which consisted of baggy lederhosen and neon yellow sneakers. Kim also had the sides of her hair tied in youthful ponytails.

Fans commented on the photos to say Kim she looks “fabulous”.

Others were happy to see Kim reunited with her sister Kyle.

“It makes my heart happy to see you together again as sisters should be,” wrote another fan. “Be grateful for one another and love each other and your family.”

Kim is clearly enjoying being in public again. A few days after posing for photos at the family wedding, she attended a friends giving dinner at her sister Kyle’s home.

In a video shared on Kim’s social media page, she laughed with her sister and buddy Teddi Mellencamp as they danced and Teddi’s father sang John Mellencamp’s 1980 song “Jack and Diane”. Kim looked glamorous in a white silk blouse while hanging out with family and friends.

“[Kim] you look great and happy. Keep shining bright, “wrote a fan in the comment section.

It is unclear whether Friendsgiving was filmed for “The Real Housewives of Beverly Hills”. Videos shared on Kyle’s Instagram story featured multiple performers, including Kathy Hilton and Dorit Kemsley and her husband PK, at the party. Fans are hoping to see Kim make a cameo on her former reality show.

“I love you Kim! Will you be back holding a diamond? ”Asked a fan.