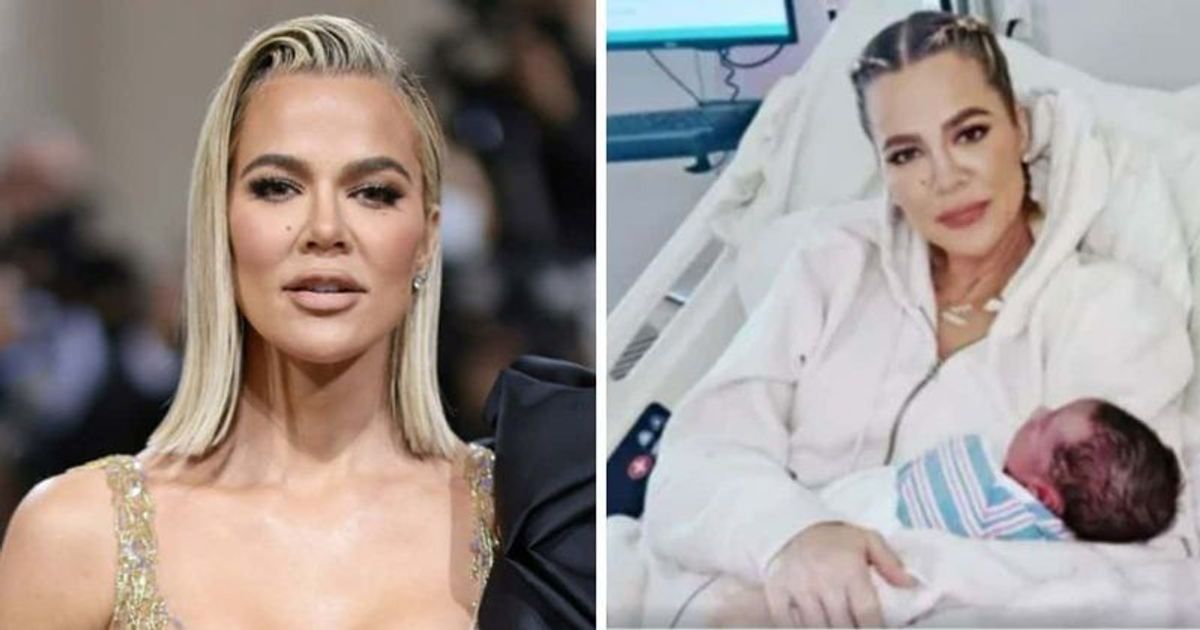 Many claimed that the “images of her in the hospital bed when she wasn’t the one giving birth to her son were false.”

LOS ANGELES, CALIFORNIA: The Kardashians and drama go hand-in-hand. The latest is about Khloe Kardashian, ex-boyfriend Tristan Thompson and their adorable newborn son, whom they welcomed via surrogacy in July. The newborn has already made his TV debut after his mother caught a glimpse of her baby boy in the premiere of “The Kardashians,” which aired Sept. 22 on Hulu.

The reality show’s second season premiere revealed that the 38-year-old reality star had opted for an embryo transfer using a surrogate mother with her cheating ex Tristan. It turns out the ex-couple had already started the process of having a second baby before the family found out Thompson was cheating on Maralee Nichols and got her pregnant.

In a confessional, Khloe got emotional as she said: “There’s something I need to talk about. That day when you were filming with Kim about Tristan and you found out that Tristan had a baby with someone else there was just something I wasn’t willing to talk about.” The mother-of-two continued, “I don’t even want to crying, but Tristan and I — I don’t even know if I want to say Tristan and I — I’m having another baby.” Khloe tearfully added, “And obviously it’s just very private and I don’t want this to come out, because I want to protect my mental wellbeing and the surrogate mothers and all that. …it was just a lot going through it all at the same time.”

In footage captured using Khloe’s sister Kim Kardashian’s phone, viewers of the reality family drama got a glimpse of the delivery room, where Khloe stood next to her surrogate when the baby was born and then took him in her arms; She was then seen cuddling with her son. However, some fans got angry at the photos of her in a hospital bed with the little boy, saying the looks obviously weren’t good since she had him through a surrogate.

Mumsnet readers and Twitter users alike commented on the photos, claiming that the “images of her in the hospital bed when she wasn’t the one giving birth to her son were fake”. “The top story on the Daily Mail website features Khloe Kardashian in a hospital bed with her newborn son,” said a user on Mumsnet, a talk site. “The only problem is that she used a surrogate. It’s bad enough that men try to erase women, but when a woman tries to erase the birthing mother from the picture, I get a little sick.”

“I was wondering this when I saw it online – she was laying in bed with her baby thinking when was she pregnant!? Then I remembered the surrogate mother,” said another user. “I’m sure the woman who gave birth will be in a nice private room herself, but the visuals still don’t come across well.”

A similar discussion took place on Twitter. “Something is wrong with people becoming parents through surrogacy and then taking pictures with a newborn in a hospital bed [sic]. It’s totally unnecessary. You could have just posted a picture of the baby in it [sic] bassinet,” said one user.