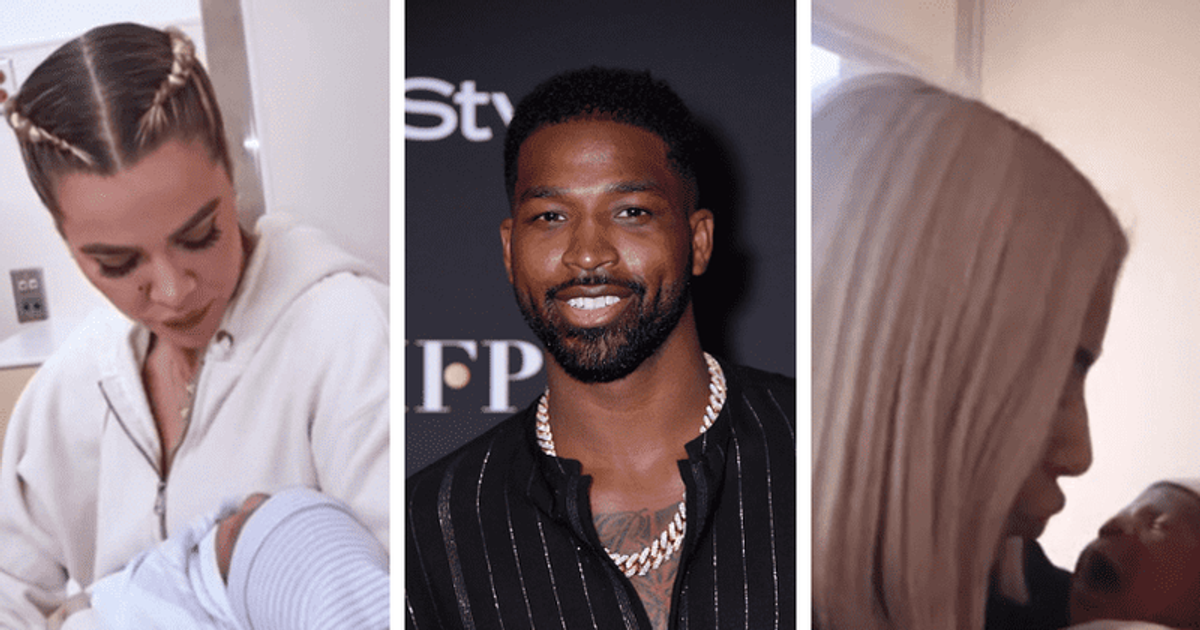 “This dark cloud has been hanging over me since December. Every day I feel depressed,” said Khloe Kardashian

LOS ANGELES, CALIFORNIA: The second season of The Kardashians kicked off with an emotional moment when Khloe Kardashian welcomed her newborn son via a secret surrogate. This was her second child with NBA star Tristan Thompson, who was not invited to the delivery room by Khloe. Rather, she asked her sister Kim to be with her.

This comes after Khloe found out that Tristan had cheated on her again, this time with Maralee Nichols, a Houston-based personal trainer with whom he just had another child. As a result, the episode was highly anticipated by viewers, with footage of Khloe’s son being born via surrogate on July 28 at Cedars-Sinai Medical Center in Los Angeles.

The ex-couple welcomed their second child, but Tristan was not invited into the delivery room to witness the baby’s birth. Fans watched as Khloe cradled her newborn, while she later confessed the intimate moment carried the weight of sadness as she felt a “dark cloud rise” over her ex-partner having been unfaithful yet again. The little boy was welcomed into the world in the presence of his mother and aunt. His father was invited to the hospital much later.

Khloe found strength through the birth of her son and said the emotionally raw moment helped her “finally close that chapter and cope with that trauma.” She also revealed that her decision to have a second child with the NBA star was prompted by his suggestion to have an embryo transfer. This happened sometime “around Thanksgiving” in 2021. But just a week after Thanksgiving, reports emerged from the Daily Mail claiming Tristan was expecting a child with another woman. Their son, named Theo, was born in early December.

During the episode, Khloe opened up about Tristan’s infidelity. “Since December [when Thompson’s infidelity was revealed], there was this dark cloud coming up over me. Every day I feel depressed and sad and now that my son is here I can go ahead and enjoy it,” she said, adding, “It’s almost like I’m closing this chapter and coming to terms with this trauma And leave it behind Now I can finally start the healing process. Now I’m starting to enjoy my life with two kids and figuring that out. That will be day one, and that will be the start of something positive, happy and beautiful.”

She also revealed that she wasn’t sure about letting her child’s father into the delivery room. However, it was her older sister Kim who advised her to let him meet his son. “I was hesitant to let Tristan come to the hospital or not, but Tristan wants to be here, so I figured why not let him come? I’ll never get that moment back,” she said.