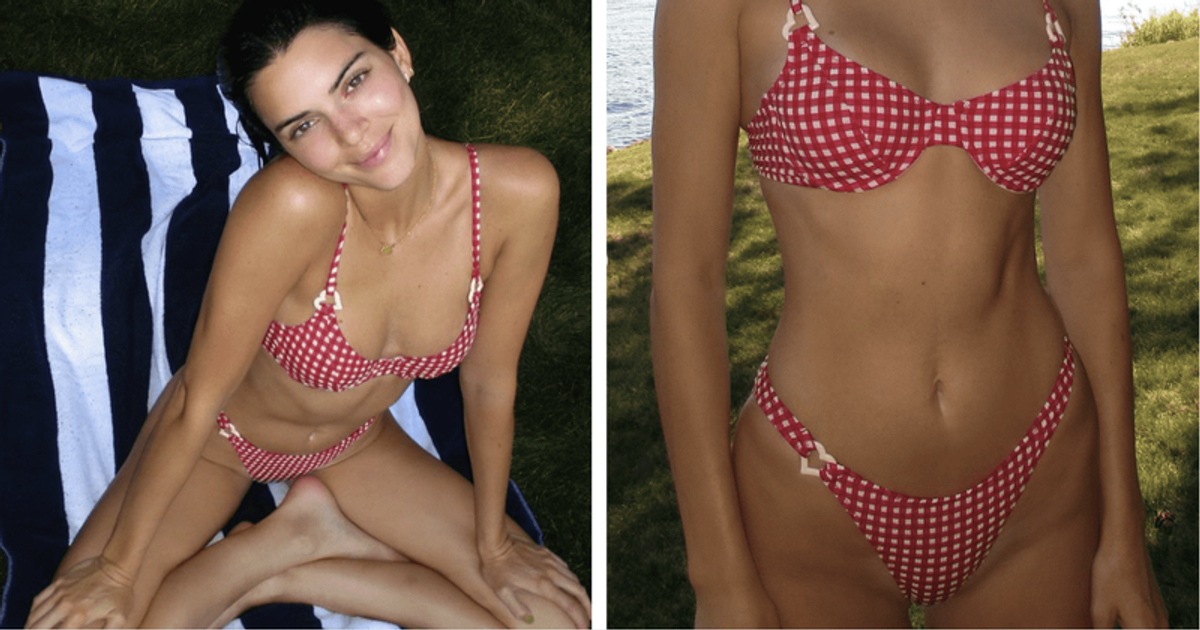 Kendall Jenner could be seen hanging out in the wild with a man who appeared to be her boyfriend, Devin Booker

Tastes like strawberries on a summer evening! Kendall Jenner once again wowed her Instagram users and gave them a glimpse of the perfect body she possesses. Jenner shared two pictures on her popular social media account, flaunting her chiseled midsection and famous curves. Accompanied by her boyfriend Devin Booker, Jenner seems to be enjoying her journey, as we can also see from her Instagram stories.

The 26-year-old American model and social media personality shared pictures from her adventurous journey, which saw her don a sexy red and white polka dot bikini that complemented her assets. The bikini top showed off her torso which looked sylphic and her outfit was complemented by a matching bottom that showed off her curvy hips and supple thighs. Her beautiful dark brunette hair was loose as she also wore a silver necklace. Jenner’s outfit and the overall look gave us a summery look.

Is that Devin Booker?

Jenner shared a series of Instagram Stories where she could be seen hanging out in the wild with a man who appeared to be her boyfriend, Devin Booker. In one of the stories, she is seen with a man throwing an ax at a tree trunk. It could very well be Booker as they patched things up themselves in July and this could be an escape trip from the paparazzi. On July 19, a source told E! News, “She and Devin are fully back together. They settled their differences and decided to move forward and be together.”

Kendall also shared a video of her ziplining. The model has shared a series of videos and pictures of herself on a journey that appears to be planned over the course of 2 weeks, giving her Instagram family of 251 million followers plenty of content to enjoy. There were previously rumors that Booker was planning to propose to Jenner after some of Booker’s friends revealed his intentions to Hollywood Life, saying, “A lot of people in their world are predicting that he’s going to ask the question because he doesn’t lose does she want.”