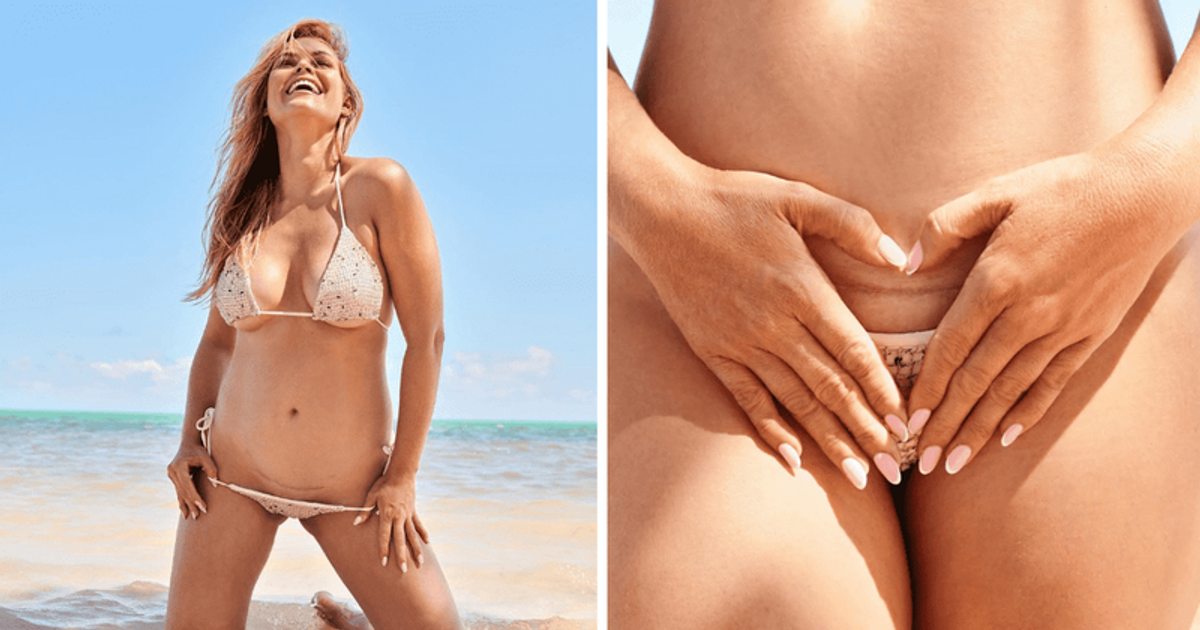 Kelly said it was admirable that a magazine like Sports Illustrated featured a woman having a cesarean and said, “She’s beautiful.”

For the 2022 issue of the renowned magazine, Kelly wore a skimpy string bikini in nude colors. She shared the space with acclaimed divas like Kim Kardashian, Maye Musk, Ciara and Yumi Nu, who were featured in the magazine as this year’s cover girls.

Kelly Hughes is the first model to show off her cesarean scar for a Sports Illustrated swimsuit issue.

The proud model may have become a mother, but that can’t stop her from embracing her beauty. Kelly welcomed her 3-year-old son via cesarean section. The model was joined by 2021 Rookie of the Year Katrina Scott, who was photographed when she was six months pregnant, and Hunter McGrady, who posed for the outlet six months after giving birth.
This year, the media outlet partnered with brand Frida Mom to raise awareness of Pay With Change, an initiative that promotes the idea of ​​”positively transforming the mainstream cultural narratives associated with women’s bodies.” to change – especially when they become mothers”.

Meanwhile, in a conversation with Fox News Digital, Kelly opened up about the blissful feeling of motherhood, her experience baring her scars for the first time and the art of tackling hateful comments on social media.

During the call, the interviewee asked Kelly about her experience baring her cesarean scars for the first time, to which the diva replied, “I had a million things going through my mind before I even started shooting. I had never shown my scar before. And I’ve been open about how I’ve struggled with insecurities around my scar. I didn’t originally want a cesarean because it would be a lot harder to get back on my feet since I’m a model.”

She also spoke about how important it was for her to show off her C-cut scar. “To be honest, I had no idea how much of an impact this would have on people. But my photo went around the world. I probably wouldn’t have done that before, but I also didn’t see myself the way I see myself now. And I love that a magazine like Sports Illustrated shows a woman having a cesarean and says, ‘She’s beautiful,'” Kelly added.

She also addressed the negative or hateful comments she received after her photoshoot went viral. “It’s interesting, I was shocked that about 99% of the people who reached out to me supported me. Even the press I received after my photo went viral was supportive. Sure, sometimes people like to make their comments — it’s Instagram — but I’ve received an overwhelming number of positive comments from both men and women.” She added, “Obviously you still get comments like ‘Who cares?’ or “she’s half-naked” or “we don’t want to see that” – all these comments are general. And the truth is, there will always be people out there who want to dim your light.”