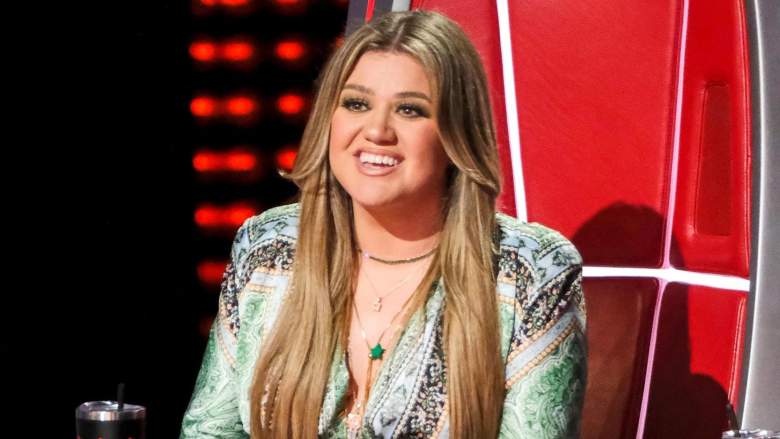 Kelly Clarkson left The Voice for the first time in almost a decade ahead of the show’s 22nd season. The singer-songwriter and talk show host wanted to take the season off to spend time with her kids, but now she opens up about how “strange” it was not being on the show.

Now it looks like Clarkson is returning to the singing competition show.

On October 11, 2022, the singer-songwriter posted a cryptic image to Instagram that only showed the yellow peace sign emoji. The peace sign is a nod to those on the set of The Voice, and it looks like she’s returning to the show.

Under Clarkson’s post, The Voice posted an eyeball emoji, leading fans to even more speculation.

“YOU UP YOUR VOICE???? Tell me I’m right,” one person commented.

Another person commented: “What does that mean? Hopefully something good!”

Clarkson previously teased her return to The Voice during an interview with Variety.

She added: “That’s why it was so important for me to take this summer, although a lot of people were kind of disappointed because I was supposed to be doing a few things. Obviously I stepped down from ‘The Voice’ this season because I just needed the space.”

When asked if she would be returning to the show in two seasons, the star almost seemed to slip up.

Clarkson welcomed Gwen Stefani to “The Kelly Clarkson Show” on October 3, 2022 to talk about “The Voice,” and the first thing she shared was that it was “weird” talking to Stefani while she was weren’t on the show together.

Stefani shared that she also finds it strange talking to Clarkson about the show when they’re not on it together and that she feels like she’s “cheating” on Clarkson.

“I’m so excited when they announced Camila,” Clarkson revealed. “I thought, oh, a good way to fill the same personality!”

Clarkson previously stopped on the Today show on Aug. 23, 2022, and opened up to The Voice host Carson Daly and Hoda Kotb about her decision.

The singer-songwriter shared her reasons for leaving the show.

“I didn’t have a minute and it’s obviously been a rough couple of years, so it was really important for me to switch off for a minute,” Clarkson shared, adding that one of her favorite moments of the summer was when she was “literally on four wheels drove into the mountains and walked along them [the water].”

Clarkson told the hosts, “My sister, nephew and I and a bunch of friends literally spent the whole summer up in the mountains getting out into nature.”

Her children, River, 8, and Remington, 6, walked between her and her ex-husband Brandon Blackstock, the talk show host said.

“It was nice because they usually have to travel a lot because of our breakup. We were both in Montana so I think my kids felt a little more centered too,” she shared.