“Keep your clothes on”: CDC issues BIZARRE guidelines on how to have SEX if you have monkeypox 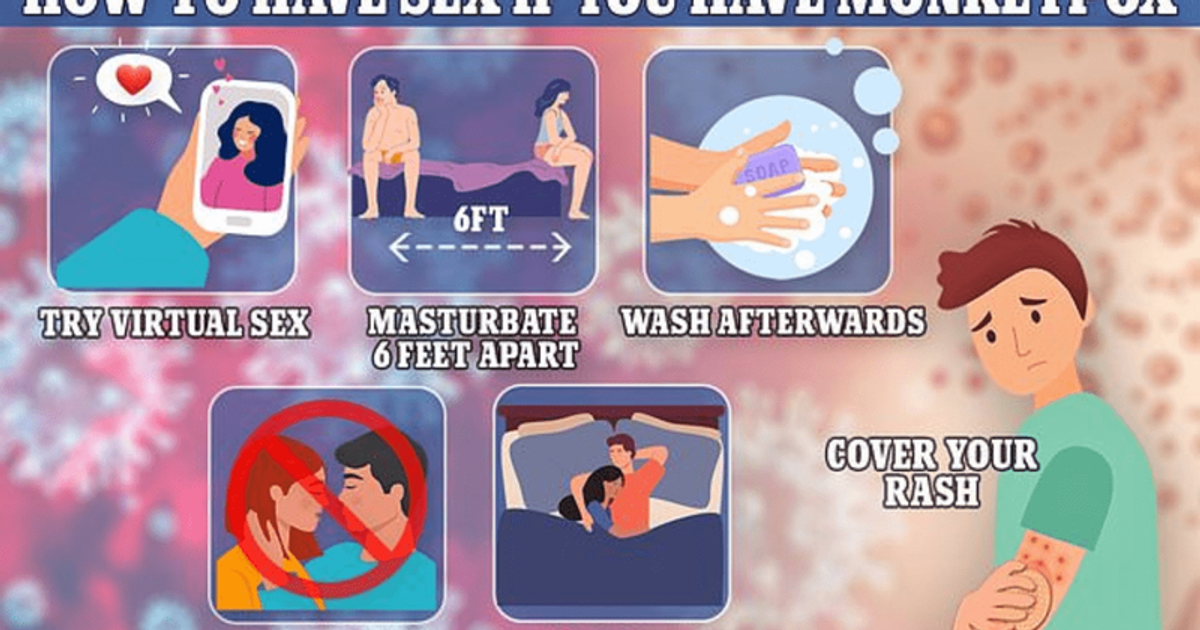 American health chiefs say people shouldn’t have sex while infected with monkeypox, but can have virtual sex instead

The Centers for Disease Control and Prevention released a list of safe activities for sexually active patients earlier this month. CDC mentioned in the guideline listing that those infected with the monkeypox virus should avoid intimate contact and sex because the monkeypox virus could be spread through close contact. Recommendations include avoiding kissing and “having sex with your clothes on or covering areas where there is a rash or sores.”

According to the CDC, “Monkeypox is rare and does not spread easily between people without close contact. The threat of monkeypox to the general US population remains LOW.” The World Health Organization began investigating whether monkeypox could be sexually transmitted after the virus was detected in a patient’s semen.

What is monkeypox and how is it spread?

Monkeypox is a virus that is rare in the United States and is often a flu-like illness. The disease — while not usually serious — can result in hospitalization or death. “Monkeypox is a disease that can make you sick, including a rash that can appear like pimples or blisters,” the report said. Various ways in which the virus can spread were also mentioned, including:

According to CDC guidelines, monkeypox symptoms appear within 2 weeks of infection. Patients suffer from a flu-like illness and swelling of the lymph nodes before developing a rash on the face and body. The first symptoms can be flu, fever, headache, muscle and back pain, swollen lymph nodes, chills or exhaustion. But after 2-3 days, rashes begin to develop on the body. Rashes and sores can be near or on the genitals. These sores look like pimples or blisters and are often itchy or painful. However, symptoms can vary from person to person. According to the report, some people only developed rashes and sores. But no fever. For some it was exactly the opposite.

CDC also shared a long list of recommendations and precautions to take during sex to prevent the virus from spreading. CDC suggested bizarre ways to have sex with monkeypox that included:

How to reduce the risk of monkeypox during sex?

According to the New York State Department of Health, “As of June 16, 2022, a total of 21 confirmed cases of orthopoxvirus/monkeypox have been identified, including 19 in New York City, 1 in Sullivan County, and 1 in Westchester County.”