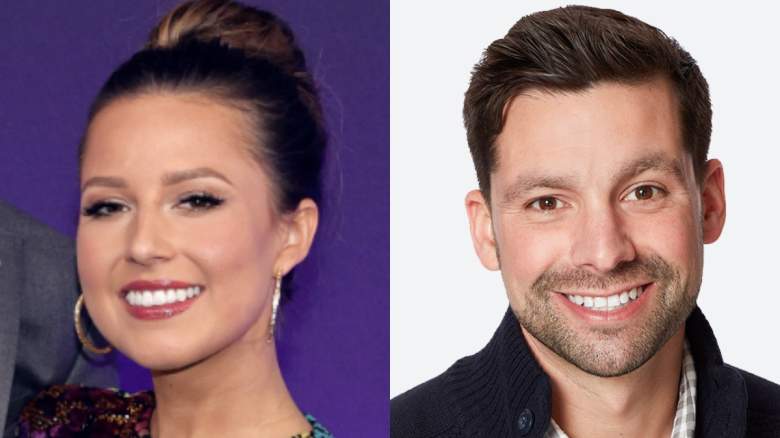 Katie Thurston is on vacation in Mexico with boyfriend John Hersey, and the two were hanging out with Thurston’s ex Michael Allio on January 13, 2021.

Thurston and Hersey took off for some fun in the sun in early January but got stuck in Mexico due to a canceled flight. However, the two are making the most of their extended vacation and partied with some friends from Bachelor Nation – including Allio – on Thursday night.

Several Instagram stories were posted by the group of apparent friends enjoying life in Cabo, and some fans couldn’t believe Thurston and Allio were hanging out, mainly because the two made it seem like they were madly in love, and that their Breakup was one of the toughest Thurston went through on The Bachelorette.

While Thurston seems to be living her best life on holiday with her boyfriend after breaking up with fiancé Blake Moynes in late 2021, she probably didn’t expect to be spending time with one of her four best boys.

On Jan. 13, 2021, Thurston took to her Instagram Stories to share a photo of something she ate for dinner at Sunset Monalisa Restaurant in Cabo. “On a group date,” she captioned the picture, adding an ellipsis.

Thurston then shared a video of her sitting at a table with several friends, including her ex Allio, another guy from her season, Andrew Milcovich, and Luke Stone from Hannah Brown’s season. In the next video, the group danced with drinks in hand. Then Thurston ended up back in a hotel room with Hersey, Allio, and Micovich.

“This feels like a nightmare,” she commented on a video of the three guys fooling around.

Thurston and Allio went through a very rough breakup on “The Bachelorette,” and they both seemed to really care about each other. However, Allio eliminated himself to go home to his son James and Thurston was heartbroken.

It’s unclear if the two have been in touch since the show aired, but they certainly didn’t seem like two people who had once fallen in love, according to fans, who couldn’t help but comment on how “weird” it was is that these two are Two have been sighted together.

“It’s just weird to me because she said she was more devastated about Michael than about GREG. The fact that they’re hanging out kind of tells me that obviously wasn’t true,” one Redditor commented on a thread about Allio and Thurston reconnecting in Mexico.

“I also remember recently saying he was the real heartbreak she went through in her season? That makes it a bit weird to me that they’re all on vacation (?) together? a second person wrote.

“This constellation is a LIIIIITTLE weird, I won’t lie,” read another comment.