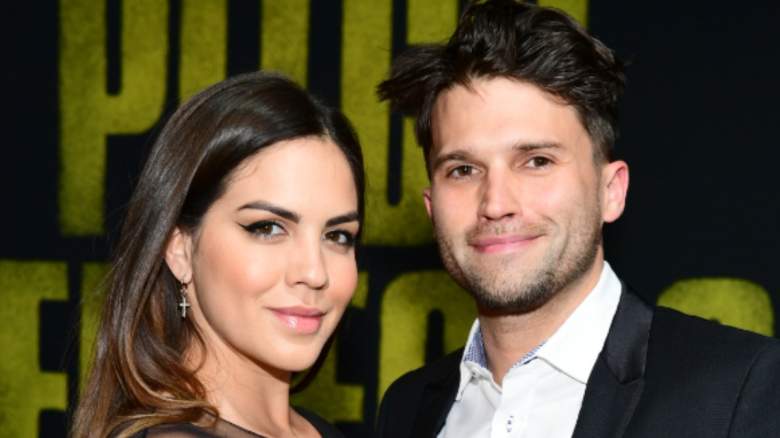 Vanderpump Rules star Katie Maloney has announced that she is filing for divorce from estranged husband Tom Schwartz. On September 18, 2022, Maloney’s brother, Rocky Maloney, took to his Instagram Stories to share his thoughts on Schwartz. The photographer uploaded a short video showing him pouring Schwartz and Tom Sandoval’s Toms’ Good Lovin’ whiskey into a sink. He ended the clip by showing his middle finger.

“Listen, I’m very excited to be a part of this drama, but we need more information. I’m dying to know what Schwartz did this time,” one commenter wrote.

“Love that it’s TOM AND TOM hahahhaha,” added another.

“I know what did Sandoval do to be in it?” another person asked.

“Wow, this season could actually be good,” claimed one commenter.

“It’s always so weird to me when people do that. Honey, the booze is already paid for,” wrote one Reddit user.

“Good for him. The Toms treated Katie terribly. She’s no saint but I feel like he guided her for so many years and was so cruel to her. I’m glad to have her confidence back,” shared one social media users with.

“So emotional maturity runs in the family,” chipped in a seventh “Vanderpump Rules” fan.

Following his split from Maloney, Schwartz was spotted spending time with his castmate, Raquel Leviss. In an August 2022 episode of her podcast: “Scheananigans with Scheana Shay‘ Scheana Shay, along with her husband Brock Davies, commented on rumors that Schwartz and Leviss kissed while attending their wedding, which took place on August 23, 2022.

“I have to say I haven’t seen anything with my own eyes and that’s all I can say,” Shay said.

She teased that Vanderpump Rules fans should “stay in the loop” when it comes to Schwartz and Leviss’ alleged romance. Davies also shared that he noticed the couple interacting during his wedding.

While recording a September 2022 episode of her You’re Gonna Love Me podcast, Maloney opened up about dating after her split from Schwartz. She explained that she wasn’t sure if she would marry again.

Maloney also shared that she would be interested in having children.

“I want to have a family and I’m open to it in any way, whether it’s having kids naturally or adoption or whatever,” said the Vanderpump Rules personality.