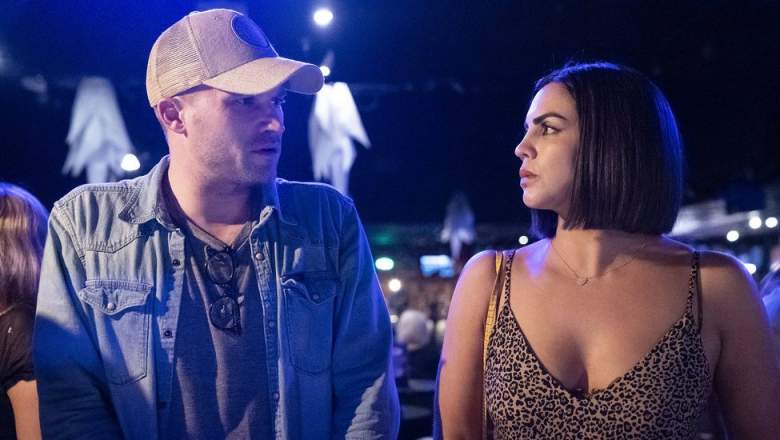 Vanderpump Rules star Katie Maloney turned 37 on January 16, 2023. According to Reality blurb, the Bravo personality and her ex-husband Tom Schwartz were filmed grabbing a bite to eat on her birthday. As fans know, the couple finalized their divorce in October 2022, seven months after they announced their split on social media.

Maloney opened up about her outing with Schwartz on the January 20 episode of her podcast, You’re Gonna Love Me. The ‘Vanderpump Rules’ star explained that she and her ex-husband decided to go to La Piazza restaurant, located at The Grove shopping center in Los Angeles. She shared that she didn’t expect photos and videos of her lunch to end up on social media.

“We’re used to people not really giving shit, I mean, sometimes we meet people who are fans of the show and you know them [us]but in terms of recognizability or paparazzi or anything like that, that’s not something we ever worry about,” Maloney explained.

The “Vanderpump Rules” star also noted that she and Schwartz had “on and off” interactions “after and during the divorce.” However, she noted that because they have mutual friends and share custody of their dogs, Butter and Gordo VonFriendenheimer, they are committed to a respectful relationship. Maloney also shared that they had “a lovely, lovely lunch” at The Grove.

“There was absolutely no fighting, we were having a very good time just chatting about our families and what we’ve been up to for the past few weeks or whatever. We see each other every week when we, you know, the dogs, we drop them off or pick them up, but we don’t necessarily meet or actually visit each other,” the Bravo personality said. “So it was nice to see how things went. But yeah, so that’s the tea on it, the tea on it really isn’t tea. It was just like my birthday was a birthday dinner and it was very friendly and nice so no fighting no trying to create drama.”

On the January 13 episode of You’re Gonna Love Me, Maloney shared that she had struggled getting to be Schwartz’s co-star on the 10th season of Vanderpump Rules.

“[It was] a very tender time in our lives, we were still kind of exploring and navigating the friendship between us and that whole aspect of everything was new to both of us,” said the 37-year-old.

Maloney also shared that she believes she and Schwartz are in a better place.

Schwartz opened up about his split in an October 2022 interview with Us Weekly. He shared that he found the beginning of the breakup difficult. He also admitted he was “intemperate” in expressing his sadness at the situation.

“Maybe at some point I liked the pain a bit. I kind of wallowed in my new little bachelor pad and didn’t unpack for three months but I think I was able to appreciate it as a life experience, if that makes sense it’s not a good feeling but it was a strong feeling that I hope not experience again, but a feeling,” explained Schwartz.