Kathy Hilton reveals what she “never” should have done on RHOBH 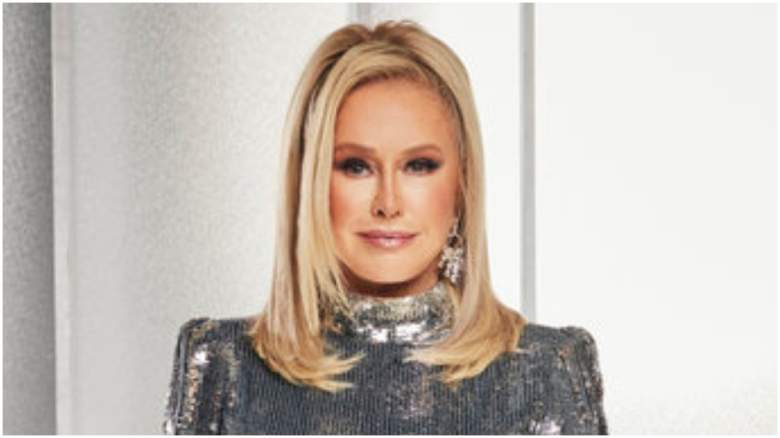 Kathy Hilton has some regrets filming The Real Housewives of Beverly Hills. The Housewives’ “girlfriend” had major drama with her sister Kyle Richards when she was turning 12th season of the Bravo reality show earlier this year.

In the RHOBH Season 12 trailer, Lisa Rinna was seen accusing Hilton of talking about her sister behind her back. “You said some things about your beautiful sister… I’m sorry Kathy, you’re not going to get away with that,” Rinna said in the preview scene.

Richards was also seen in tears telling her older sister: “I have a feeling you hate me or something. How could you say those things?”

Hilton looked stony-faced at the confrontation.

It’s unclear exactly what Hilton said about her sister, but one thing is for sure: she wishes it had never happened. In an interview with E! News, Hilton revealed things are fine now, but that she should have kept her mouth shut.

“You know, we’re sisters and we all enjoy each other when we’re together,” she told the outlet. “I don’t want to give away the plot. I should never have said anything about my sister Kyle or anyone.”

Hilton also confirms that she “is friends with Rinna, adding, “And I shouldn’t have said anything.”

Hilton’s update came two weeks after fellow RHOBH Garcelle Beauvais was asked about the celebrity sisters’ relationship status. Beauvais had turned his back on Hilton the whole time, previously weighing down the RHOBH trailer, telling Page Six that “the Kathy thing I don’t like.”

During an appearance on the April 13 episode of Watch What Happens Live, Beauvais also addressed the rumored drama between Hilton and Richards. After host Andy Cohen asked her, “Garcelle, do you think you and Kathy Hilton are closer than Kyle is now?” She replied, “Absolutely.”

Richards, who skipped her big sister’s birthday party in March, per Page Six, wasn’t pleased with Beauvais’ comment. During an Amazon Live, she revealed she was “shocked” and “hurt” by her co-star’s comment about her relationship with her sister.

“This is someone who has known my sister for two seasons on a reality show,” Richards said. “She’s been comparing someone from a reality show for a few seasons to a life full of sisters. Regardless of whether Kathy and I have issues, that was really hurtful.”

“We are sisters.” She wrote. “Blood. The family is going through things. They’ve known each other for 2 seasons on a reality show. Regardless, the comment wasn’t necessary.”