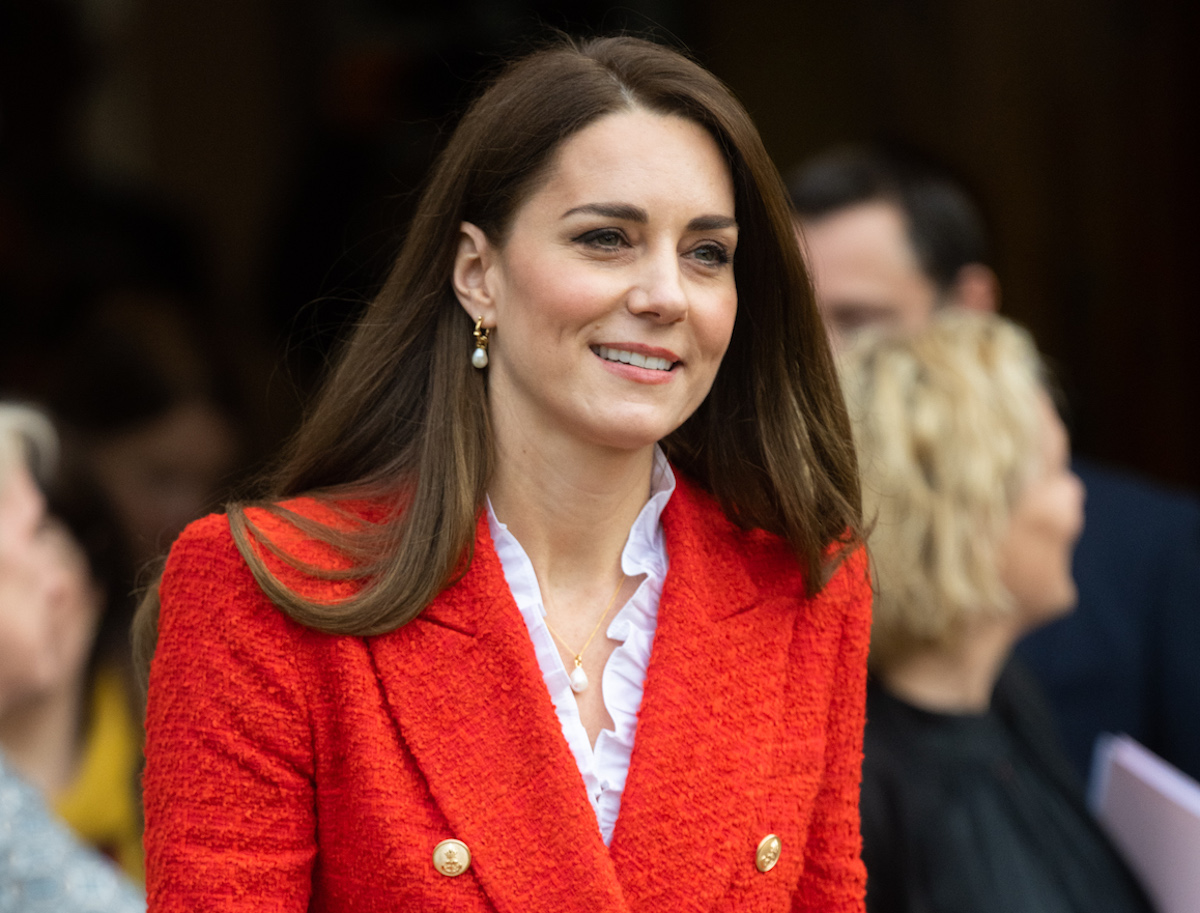 What will Kate Middleton be like as Queen? According to body language expert Judi James, she gave “important advice” to the England rugby team in a short video. Not only did the 40-year-old have a different smile, but she also capped off a “tell.”

“If anyone wants a glimpse of what kind of Queen Kate will be in the future, this short but very different video provides some important clues,” James told the British Express.

The Princess of Wales appeared in a video on October 7 wishing the England women’s national rugby union team, or the ‘Red Roses’, good luck at the Rugby World Cup.

​“Hello everyone. I wanted to take a moment to wish the Red Roses well for the Rugby World Cup in New Zealand,” she began. “I had so much fun with you all at Twickenham earlier this year and I can’t wait to see how you guys progress throughout the tournament.”

According to James, the mother-of-three smiled at the camera with a “more personal” smile. “She’s smiling, but her mouth stretches horizontally instead of tilting up like the traditional ‘royal’ smile,” James explained. “And that in turn makes it feel more congruent and personal.”

The hints of what Kate will be like as queen continued with what James called the video’s “true ‘tell'”. Kate rocked on her heels as she emphasized her words.

The subtle move revealed a “sense of serious energy, status and power” on Kate’s part. “She bounces up and down on her heels a lot in this short message and the effect is to inspire the teams in a very solid and emphatic way,” James said.

Additionally, Kate had “good” eye contact. Additionally, her “slight head tilt” gave the video a less “static” feel by adding to the “sense of energy and movement.”

Additionally, Kate’s rugby video showed her as “mature” and “assertive”.

“Gone are all the signals of restraint and in her place is a more mature, more confident woman who looks more like an executive than someone whose primary role is just to stand by her man’s side,” the expert said.

In addition to the body language elements of the rugby video, Kate’s outfit and voice could be seen. According to James, they also hinted at what she will be like as queen.

Kate wore a red Zara blazer, which she has been seen wearing before, and a pink pin on her lapel. The entire ensemble gave her a “businesslike” look, according to James, rather than just “charming and friendly.”

As for her voice, James noted Kate’s “more serious and commanding effect” due to a “slightly lower” vocal tone. “Kate’s voice can be high pitched and quite delicate, but that’s a lot safer than usual,” the expert explained.

The Princess of Wales also emphasized the words “good luck” as she closed the video, delivering them with “much more power” and less humor “than usual”.

RELATED: Prince William and Kate Middleton’s cocktails, made in Northern Ireland, were reportedly a nod to their location