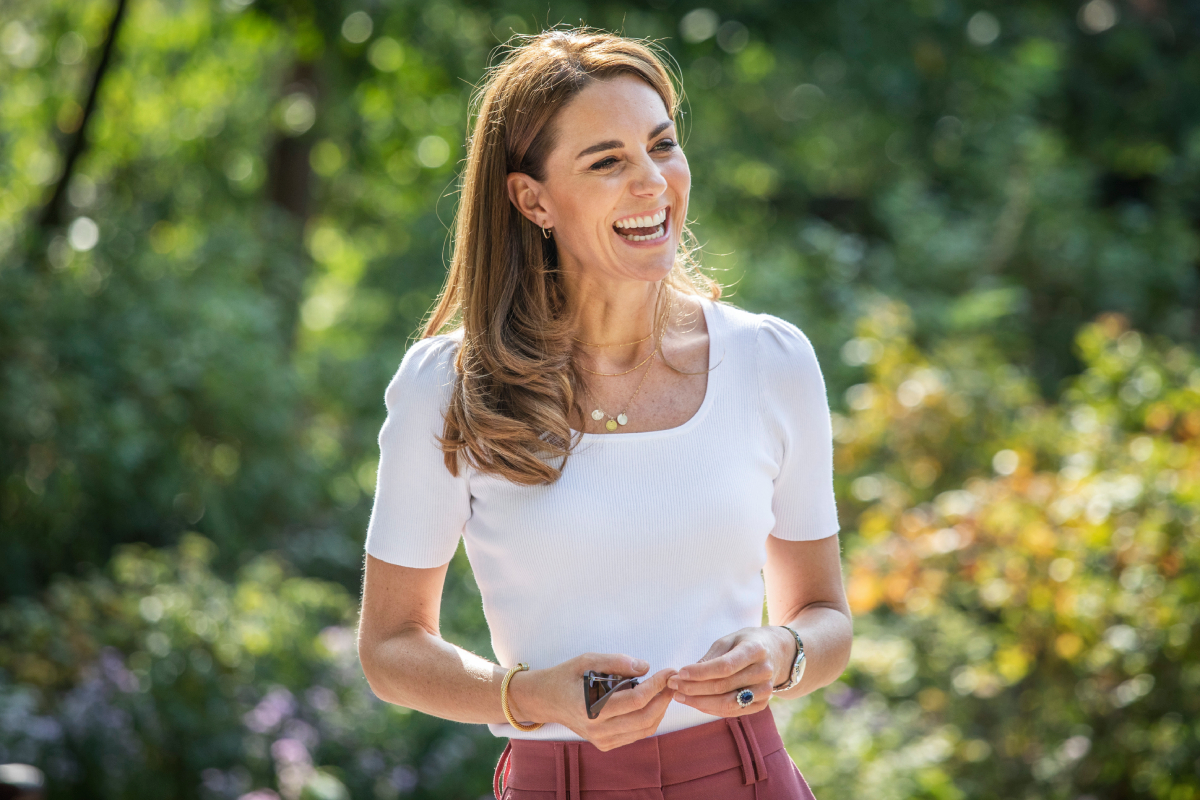 Kate Middleton has worn some spectacular jewelry since her royal career. After marrying Prince William in 2011, the Princess of Wales has inherited everything from diamond-studded tiaras to special brooches and earrings. Just like her late mother-in-law, Princess Diana, Kate isn’t afraid to switch up some of these lavish pieces and wear them her own way.

In 1981, Princess Diana received a diamond and emerald art deco choker as a wedding gift from Queen Elizabeth II. The piece was a gift to Queen Mary of Delhi Durbar during her visit to India with King George in 1911 and was intended to be a necklace.

However, Diana reinvented the piece when she inherited it and often wore it as a headband. She last wore it in July 1997 while attending a gala at London’s Tate Gallery to celebrate her 36th birthday.

According to royal biopic Kitty Kelly, the fashion statement was actually the result of an accident that happened when the princess was in a rush. When Diana tried to slip the collar over her head – instead of waiting for someone to help her fasten it – it got stuck and wouldn’t go over her nose. Then the Canadian diplomat Victor Chapman convinced her to wear the choker as a headgear.

“Whether it was an accident or not, wearing the choker as a headgear was a wonderful choice. The diamonds alone in this piece are magnificent and appear to be around 10 carats each. They’re old cut stones, which makes them even more valuable,” jeweler Maxwell Stone told Crisscut Magazine.

To celebrate Kate’s 41st birthday, British jewelery retailer Steven Stone took a close look at how she’s taking inspiration from Diana to ensure her vintage jewelery doesn’t go out of style. They found that the Princess of Wales often wears Queen Mary’s diamond chain link choker as a bracelet – and she has for years.

In 2015, Kate wore the bracelet to meet Chinese President Xi Jinping at a state banquet. She wore it again the following year to the charity gala A Taste of Norfolk and in 2017 to a visit to Paris. The last time she wore the bracelet was in 2018 during a diplomatic reception at Buckingham Palace, along with the Queen Mary Lover’s Knot Tiara.

“It’s heartwarming to see that Kate has followed in her late mother-in-law Princess Diana’s footsteps when it comes to wearing jewelry in her own unique way and knows exactly how to make each piece of her collection stand out,” says Stone. “From transforming brooches into necklaces to wearing chokers as headbands, Princess Diana has set some big trends and has always showcased her jewels in unique ways.”

Queen Mary’s diamond chain choker was created in the 1920s and featured diamond bars in an Art Deco design. It was one of several diamond necklaces in her collection. However, this one was notable because she wore it in an official portrait.

After Queen Mary’s death in 1953, the necklace was not seen again until 1975, when the Queen Mother wore it as a bracelet in a series of portraits to mark her 75th birthday. Queen Elizabeth inherited the choker when the Queen Mother died in 2002, but it remained unworn until she lent it to Kate. Steven Stone’s experts value the piece at $345,000.