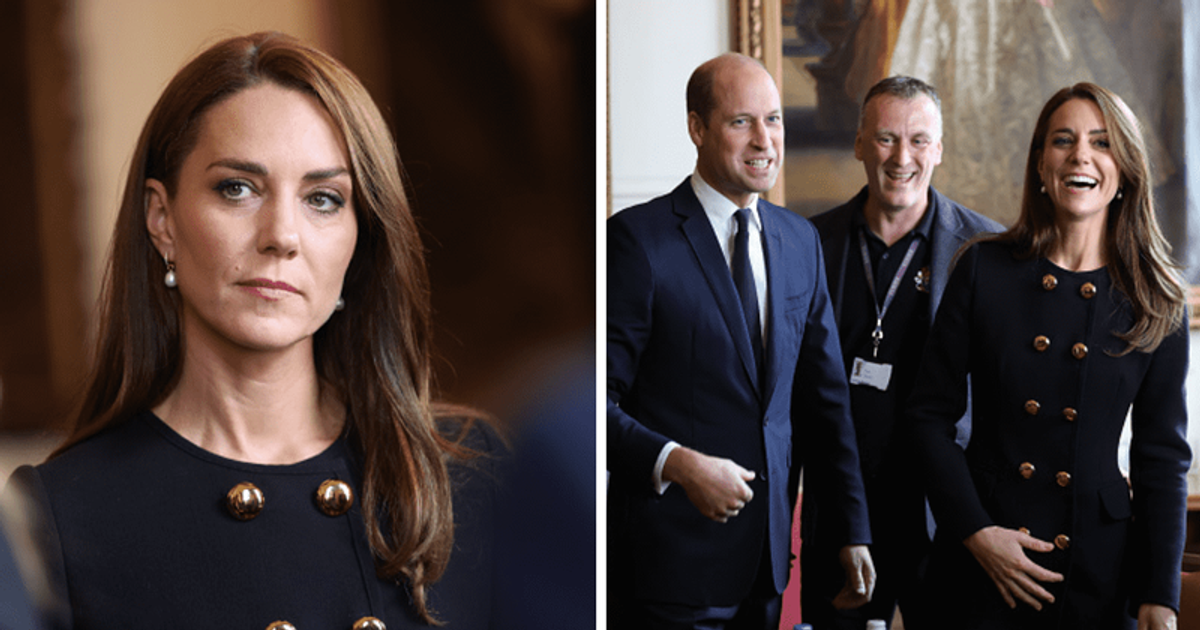 The alluring coat the princess wore has a history of its own, as Kate Middleton first wore the piece to a Remembrance Sunday event in 2017

WINDSOR, ENGLAND: Kate Middleton made a surprise visit to thank royal staff and volunteers for their work during the Queen’s funeral in Windsor on Thursday September 22. In her first public appearance after the Queen’s funeral, the Princess of Wales looked a sight to behold in a meaningful military-style dress, which she wore in her first appearance after Prince Philip’s death.

Kate accompanied her husband, Prince William, on a surprise visit to the Windsor Guildhall and adorned a collarless military-style black Dolce and Gabbana coat with two rows of gold buttons down the front, a double-breasted silhouette and a dark rich hue. The princess complemented her look with black tights and a pair of classic black pointed toe heels.

She complemented her meaningful outfit with her well-worn Annoushka pearl drops with diamond studs by Kiki McDonough. For the outing, she kept her makeup subtle but classy. A touch of blush, some charcoal eyeliner and a flawless complexion highlighted Princess Kate’s distinctive features.

The seductive cloak worn by the princess has a story of its own. Kate first wore the piece to a Remembrance Sunday event in 2017. Middleton then repeated her outfit in April 2021 during a visit to the RAF Cadets Squadron in London. This was the first official public engagement of the then Duke and Duchess after Prince Philip’s funeral.

While Kate looked divine in the outfit, her husband, Prince Williams, looked handsome in a sophisticated, immaculately tailored navy blue suit and tie. The couple organized the surprise visit to Windsor Guildhall to thank the royal staff and volunteers for their involvement in the funeral of the late Queen Elizabeth II, which took place in the grounds of Windsor Castle. Among those the couple met were St John’s Ambulance staff, transport staff, council staff, stewards, infrastructure organizers and logistics teams in Windsor.

The princess was originally scheduled to attend the charity tennis event Laver Cup with Roger Federer, but decided to cancel her appearance due to the official mourning period for the royal family, which continues this week.

Speaking to staff, Kate said: “It’s amazing how many people wanted to come and pay their respects,” William was heard asking, “How difficult was Monday? How challenging was it? It’s been a busy few days but you’ve been doing long hours too so thank you.”

“You hardly see any rainbows up there, but there were five,” William said, and his wife added, “Her Majesty looked down on us.”

The couple’s Windsor visit comes after they appeared at the majestic State Funeral of Queen Elizabeth II at Westminister Abbey on Monday September 19.