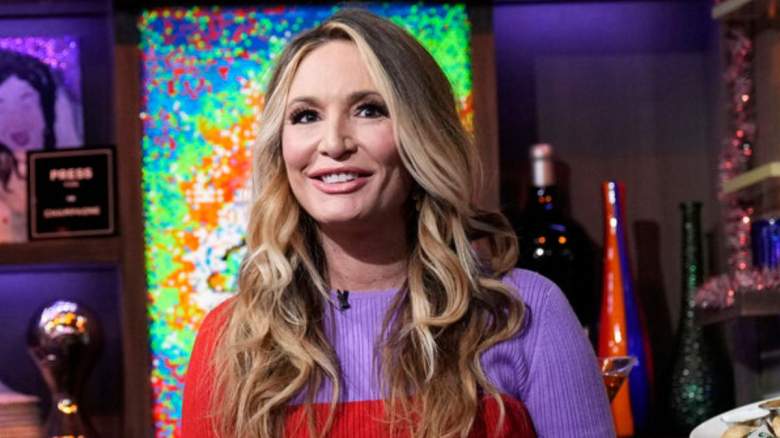 Two of the Bravo Family cast members, Below Deck star Kate Chastain and Shahs of Sunset star Reza Farahan, spoke about the experience filming The Traitors and said it definitely felt like… the reality stars would have a bigger target on them. “100%!” Farahan said to TooFab, while Chastain said, “I definitely think so, yes.”

Farahan said some people made comments, possibly about his outfit, when he said he was “lit”. Chastain agreed, “They were just looking for reasons to hate us, which I don’t blame them, you know? … We were brats. We’re brats,” she joked when Farahan agreed. “It’s part of our charm, I mean I would hate us,” she shared.

Farahan said he thought the show would only feature reality stars from the Bravo universe, and when he found out it was a mix of Bravo stars, reality TV contestants and “ordinary civilians,” he said, ” I was like, ‘Wait what?'” The former Shahs of Sunset star said the mix “really brought this wonderful element to the game that I wasn’t expecting” and it’s very relevant because it’s talking about ” the need for the money vs. making the money, that was an element I didn’t expect.”

Chastain said another twist that made things interesting was that as people spent time at the castle filming the show, they realized the “civilians” were now becoming reality stars, too. “So I thought, when are you going to lose that stigma?” she asked.

The former Below Deck chef admitted some of the competitors were fans of her show, saying it was “flattering and nice” but that it didn’t help her game in the slightest because everyone wanted to win. “Like ‘I love you on your show, but I’m also here to take your money,'” she laughed.

Despite the interesting dynamic of the casting, Chastain said there was definitely an “unspoken bond” between the Bravo stars. She joked that it was like a family reunion. “You’re like okay, that’s my nuclear family, and that’s the weird cousins ​​​​over there. They’re the ‘Big Brother Cousins,’ the crazies,” she shared, while Farahan laughed.

He admitted it was “a little cliquey” at first, but as the game progressed, experiencing the show together made everyone feel like one big family.

The other Bravo stars alongside Chastain and Farahan are Real Housewives of Beverly Hills graduate Brandi Glanville and Winter House and Summer House star Kyle Cooke. There are also alumni from “Survivor,” “Big Brother,” and “The Bachelor.”