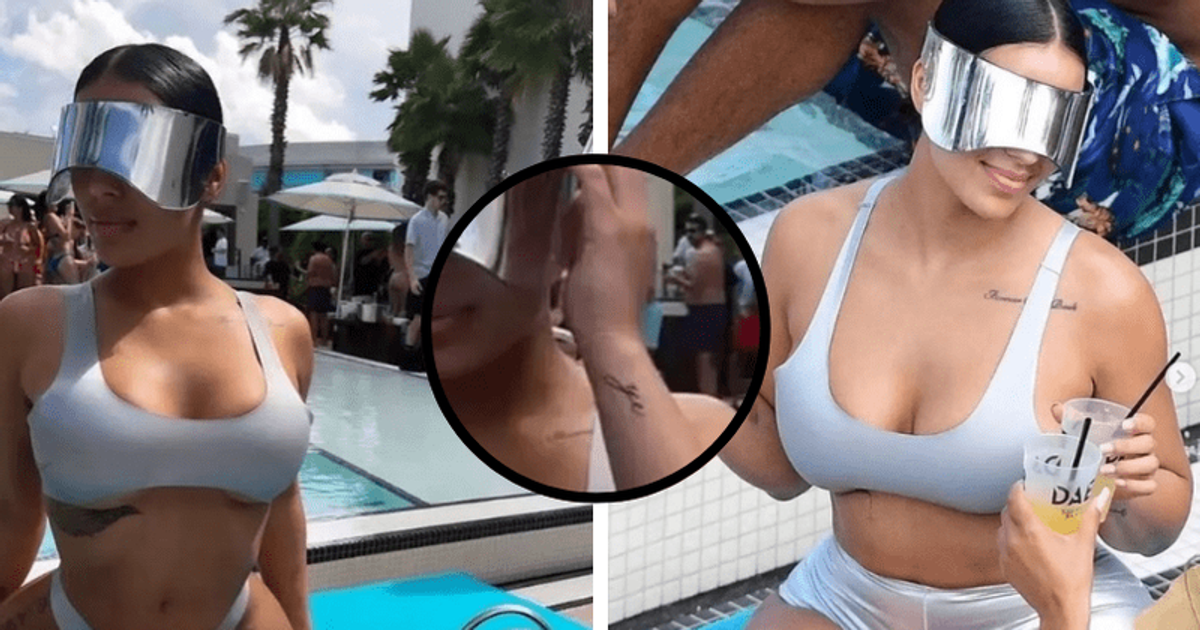 Kanye West’s 24-year-old girlfriend Chaney Jones’s poolside fashion is certainly on point. The model raised the temperature in her gray bikini top and matching spandex shorts as she showed off her toned physique at a pool party on Saturday May 14. At the Florida pool party, Jones pulled a metallic visor over her eyes while she sat on her knees by the pool.

She was spotted sipping a few drinks with her group of friends and they seemed to be constantly breaking up as they chatted and hooked up under the bright Florida sun. Jones even had a desirable tan as she soaked up the sun’s rays. The rapper’s new flame also appears to have sealed her love for the Donda rapper recently with a new tattoo, as the word “Ye” could be seen under her left wrist.

Jones, 24, had her dark hair tied back and parted down the middle. She spent much of her time by the pool on her knees, showing off her luscious cleavage. Her lips were a vibrant pink hue. She paired her gray set with blue high heeled platform sandals and a handbag in a similar hue. The highlight of her poolside look had to be her metallic silver visor when promoting Yeezy’s new clothing line.

In addition to the ‘Ye’ tattoo she recently got, her lettering tattoo running down the side of her right leg was also seen on the day of the pool party. Chaney posted a series of pictures wearing this fit and Kanye left a black heart emoji on the post. She answered with three of her own. 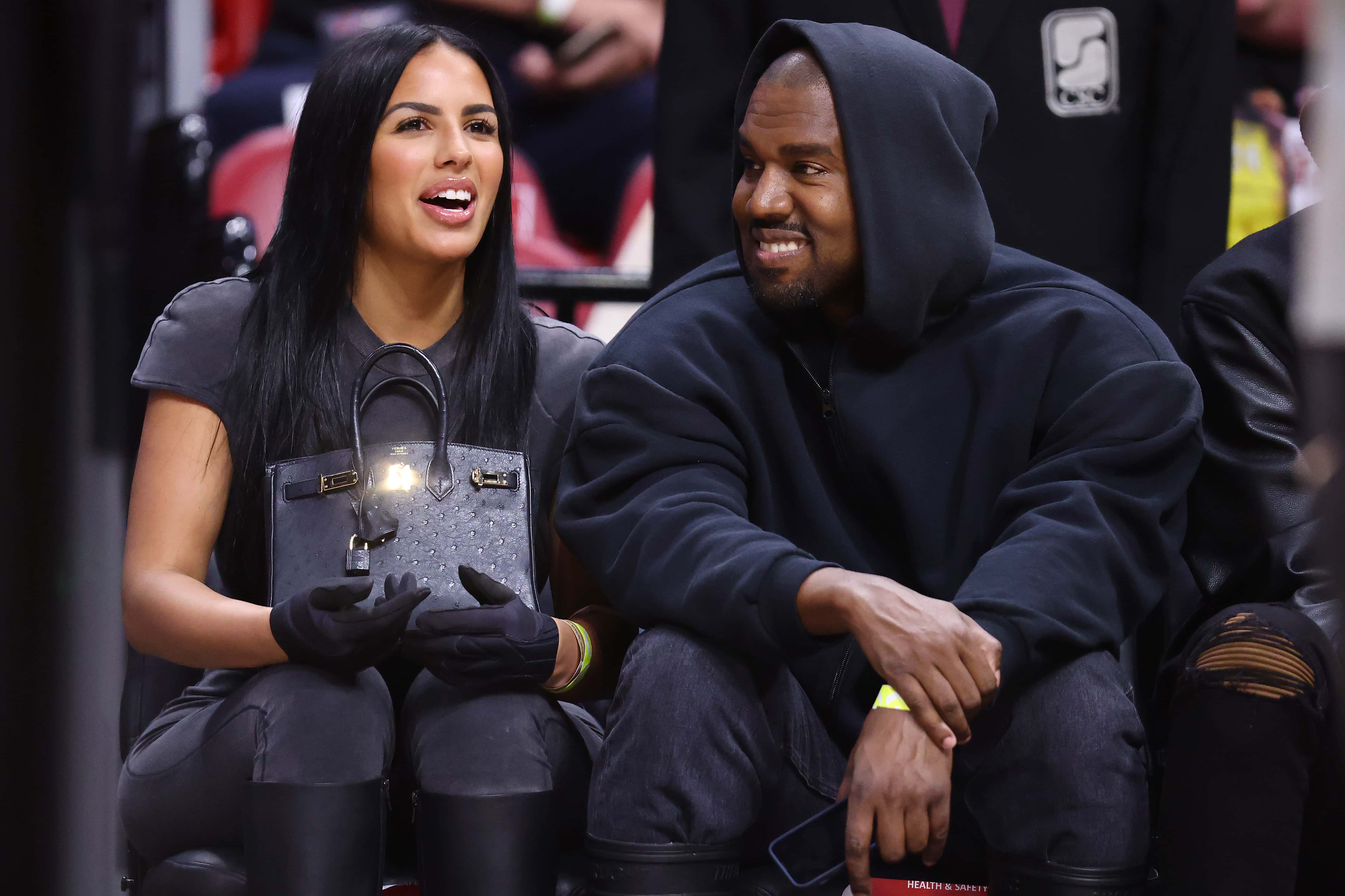 Ye had some adorable conversations with his new girlfriend on Instagram, and they come weeks after the pair enjoyed a trip to Japan. He and Chaney were first linked in early February when they were spotted smiling and laughing at Soho House in Malibu. On one of the special trips, the Donda rapper even introduced his new girlfriend to his family. His affair with Chaney comes after his highly publicized split from actress Julia Fox. Now, according to social media, Chaney is considered a double for his ex-wife Kim Kardashian, especially when it comes to fashion choices. Kanye is said to have been critical of his ex-wife’s recent fashion choices, and judging by Chaney’s recent outfits, Ye may be sending a subtle message to his ex-wife, which he used to wear when they were a couple. According to media reports, the SKIMS founder is reportedly “flattered” by Chaney’s fashion choices, which include black catsuits, Balenciaga swimsuits, Birkin bags and large, futuristic sunglasses, all of which Kim recently tried on.