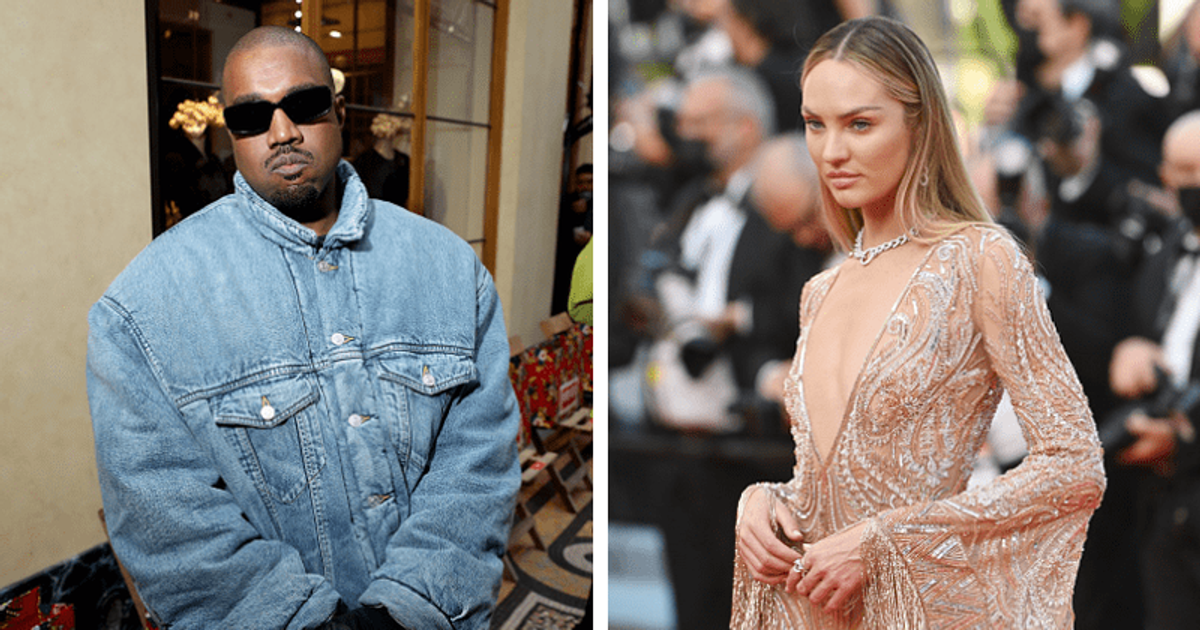 NEW YORK CITY, NEW YORK: Kanye West, 45, starred at New York Fashion Week this year. The rapper was caught snuggling up with South African supermodel Candice Swanepoel, 33, at an event for his Yeezy Gap sunglasses on September 13. Candice recently endorsed Kanye by starring in a photo shoot campaign for his Yeezy Gap line of sunglasses. There are rumors that Kanye has taken a liking to the blonde beauty.

Kanye West took NYFW by storm when he hosted an impromptu Yeezy Gap party and gave Chris Rock, Candace Swanepoel and loads of other celebrities a chance to try out his new Yeezy Gap SHDZ sunglasses.

Kanye wore an eye-catching Balenciaga suit for Fall/Winter 2022. Each guest showed up in their futuristic YEEZY GAP best, complete with pairs of Kanye’s yet-to-be-released YEEZY GAP SHDZ, the rimless sunglasses he’s been teasing on Instagram since the start of the summer.

@dondatimes posted a picture of the celebs with Kanye on Twitter.

According to TMZ footage, Kanye was spotted flirting and cuddling with Swanepoel at the sunglasses event. The pair even snapped a photo with Chris Rock. According to sources, after the event, Ye and Candice got into an SUV and drove back to his hotel in the Big Apple. Candice posted an Instagram story of the event, which Ye re-shared.

Although it appears that Ye and Candice have become closer following her involvement in his Yeezy Gap line, it has not been confirmed if Kanye and Candice are dating.

Candice presented a pair of silver collab shades during her latest photoshoot, which Nick Knight took on September 13. Candice was completely nude and looked stunning in the pictures. The images were later posted to Instagram on the Yeezy Gap account.

However, to everyone’s surprise, Kanye later announced that he was ending the Yeezy Gap partnership. Kanye’s attorney, Nicholas Gravante, told CNBC that Gap “failed to fulfill its obligations under the company’s agreement with Yeezy.”