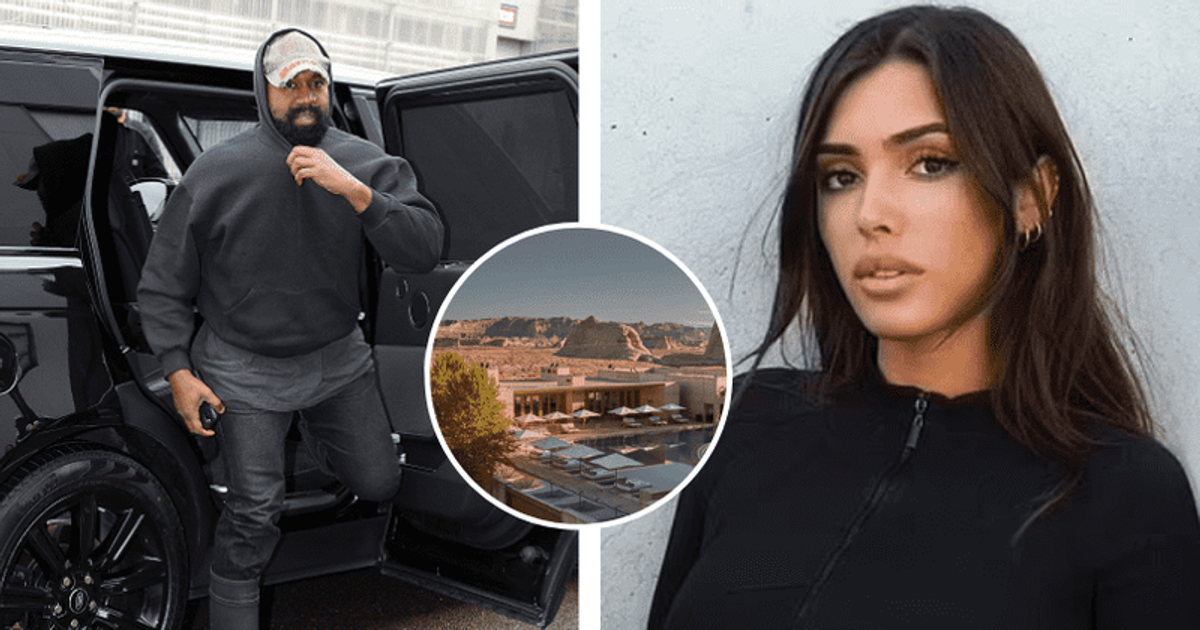 LOS ANGELES, CALIFORNIA: Rapper Kanye West reportedly spent a lavish honeymoon with his new wife Bianca Censori at a five-star luxury resort in Utah. On Friday, January 13, TMZ reported that Ye has reportedly married Bianca Censori, 27, an Australian who works as the head of architecture for his clothing line Yeezy. The luxury private honeymoon reportedly took place last week at the Amangiri, a luxury resort in Utah. The controversial rapper also reportedly took one of his children with Kim Kardashian on their honeymoon.

According to the Daily Mail, the massive resort sits on 600 acres in Utah’s Grand Circle of National Parks and Monuments. The average cost for a suite at the Amangiri is reportedly $5,000 per night. The pair were spotted having a romantic dinner at the Waldorf Astoria in Beverly Hills earlier this week as they spent time together. Though West, 45, hasn’t made the marriage official, his new song “Censori Overload,” released in early December, hinted at the relationship.

The new honeymoon followed Kanye West and Kim Kardashian’s divorce last November. Kim and Kanye had four children together after getting married in Florence, Italy in 2014. The 42-year-old reality star decided to dissolve the marriage in February 2021. Kanye had attempted to resist Kim’s efforts to be legally single during her high-publicized litigation. However, a judge upheld Kim’s lawsuit in March 2022. The former partners, after nearly two years of fighting in court, reached an agreement over child custody, parenting timelines and the division of their multimillion-dollar real estate holdings.

Under the terms of the deal, Kardashian would receive $200,000 in child support each month, and the couple would share custody of their four children, North, Saint, Chicago and Psalm. In the months following the announcement of their split, Kanye was linked to a number of models, many of whom looked remarkably similar to his ex. Since then he has had a number of brief relationships, including with Chaney Jones and actress Julia Fox.