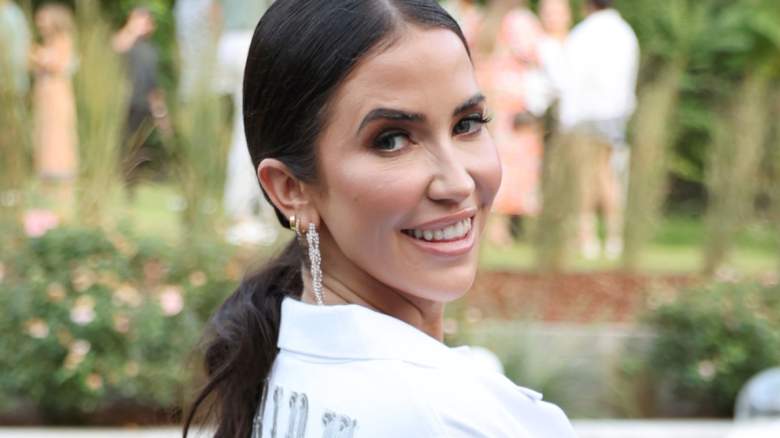 Former ‘Bachelorette’ star Kaitlyn Bristowe shared a throwback photo many moons ago and fans can’t believe how different she looks.

The picture was taken at a lunch that Bristowe says her friend Bri Théberge won in a competition. Lunch was with Howie Dorough from the Backstreet Boys. Bristowe and her pal ate with Dorough and George Nozuka and the four posed for a photo together. This image was unearthed by Bristowe and shared to Instagram on September 9, 2022.

Bristowe shared the post after attending the Backstreet Boys concert in Nashville.

“BSB 4 lives. Swipe to see the GLOW UP for me and Howie D. backstory. Bri won a contest on the radio to go to lunch with him! We thought we were so cool!! Thanks @aj_mclean for the tickets!!!” She captioned the post. The first photo was of Bristowe with Nick Carter and the second photo in the set was the flashback that got everyone talking.

Several people commented on Bristowe’s post, many not getting over how different she looked then compared to how she looks now. Bristowe had short dark hair and bangs and her face looks very different.

Fans filled the comments section of Bristowe’s post, with many commenting on the throwback. More than one person mentioned that Bristowe was unrecognizable.

“I don’t even recognize you in the second photo,” one person wrote.

“Wow, what happened to your face?!” someone else asked. There were many other comments like this one.

“I agree! I don’t mean to be mean but I didn’t recognize them. Fillers,” added another Instagram user.

“I thought the same. Didn’t mean to be rude. She looks like a completely different person. I’ll never understand,” repeated a fourth.

This is certainly not the first time people have noticed a change in Bristowe. Aside from having a youthful glow, she also looks drastically different in 2022 from the first time she stepped out of the limousine on Chris Soules’ season of The Bachelor.

Bristowe claims that she ages naturally and that she has not undergone any plastic surgery to alter her face.

“So sick of women commenting on my face,” she said tweeted in June 2021.

In response to the question of why she looked so different, Bristowe attempted an explanation.

“6 years since I was on the show,” she said tweeted. “Brow lift, brow microblading, my teeth bonded, some filler in my lips, aging darker hair and I’ve finally learned how to contour.” Oh, and I’ve gained some weight,” she continued.

“Let me explain the brow lift because I’m giggling over here. Brow lift, I didn’t go under the knife. All my friends were like ‘WHAT?’ No, I just got botox to raise my brows,” the Dancing With the Stars champion wrote in a follow-up post.