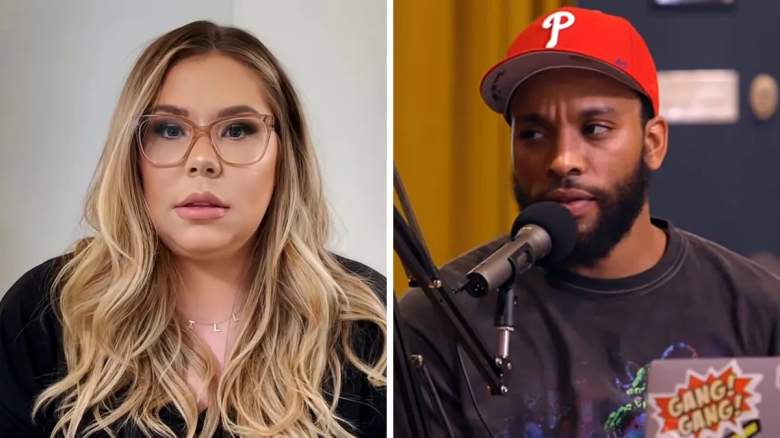 “Teen Mom 2” alum Kailyn Lowry revealed she has a soul mate — but it’s not her current boyfriend, 24-year-old Elijah Scott. Lowry revealed during a chat with her Coffee Convos co-host Lindsie Chrisley that she still has a special place in her heart for someone — and fans don’t even know his name.

The confession came when Chrisley and Lowry started discussing soulmates on the July 21 episode of “Coffee Convos,” with Chrisley asking Lowry if she even fell in love with anyone at first sight.

Lowry said no at first.

“Don’t be vague, answer the question you little liar,” Chrisley teased her co-host after 21 minutes. “I know the answer to that question.”

“No, I have, but who are you thinking of? Dominican friend or prison fairy?” Lowry asked her friend.

Chrisley began to question himself, asking, “I was like prison bae?”

“You will have a special place in your heart for him,” Chrisley added.

“Always,” Lowry confirmed. “Forever. If we did end up at the end I wouldn’t be surprised. Obviously I’m in a committed relationship but, you know, in another life.”

“Do you think he could be a soul mate?” Chrisley asked.

“Think about it: there are so many connections with people out there, and I think, um, like a soul mate you can have your lover and like your closest friends are your soul mates too,” she said. “They will always be with you in spirit.”

Lowry hasn’t revealed much about “Prison Bae” other than saying that on “Baby Mamas No Drama” they talked on the phone for years and he was incarcerated for nine years. She didn’t say what crime landed him in prison, but thought he was “over-punished.”

Lowry and Chrisley were inspired to talk about love and soulmates after Chrisley read a quote about choosing a man who loves you more than you love him.

“My mom said, ‘Stay with the guy who loves you, not the one you love, because the guy who loves you will go to the ends of the earth for you, but the guy you love will only love you on his terms.’ ‘ Chrisley said. “She always said, ‘A woman may love someone, but a man either loves you from the start or he doesn’t.”

Chris Lopez is the man with whom Lowry has two children: 23-month-old Creed and 4-year-old Lux. Lowry secretly dated Malik Montgomery for two years, but fans only found out about him after the split. She then moved on with her current boyfriend.

Lowry said it was impossible to be in a successful relationship when one person loved the other person a lot more.

Chrisley wanted to know how you measure it.

True love is when you ultimately choose to love that person through thick and thin and choose to go through life with that person… if it’s not true love, you won’t go through the waves of love with them and then not. Because you’re not in love with her.