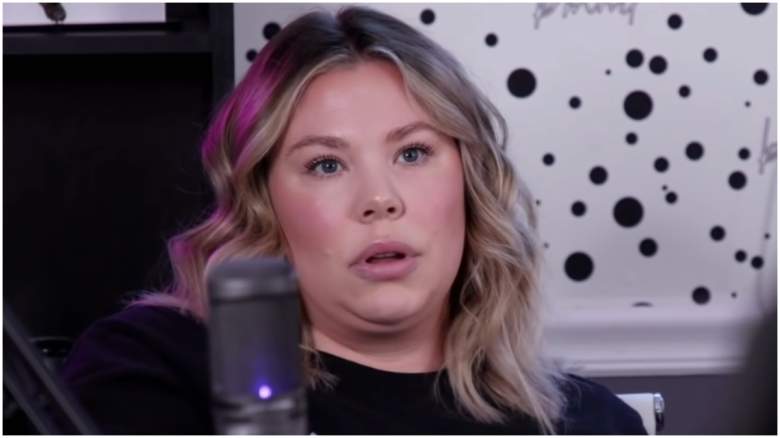 Kailyn Lowry is getting candid about her Teen Mom 2 storyline. In a sneak peek at the May 10 episode of the show, Lowry is asked what her struggles with filming are.

“All I do is babysit and watch, and I feel like they’re following me to talk about my baby dads,” she said. “But where is Leah talking about Corey and Jeremy? I don’t want to give you anything I do if I’m not respected in the same way…”

She concludes by saying, “MTV will fire me afterwards.”

After discussing her success with podcasts, a “Teen Mom” ​​producer stepped in, saying, “I’m proud of all of your success, but don’t forget that this show made that possible.”

Fans had many thoughts about the YouTube video. One user commented, “What Larry really wanted to tell her was that Leah has moved beyond her baby daddy drama. It’s not a central part of her life/story now. Kail is still juggling the baby daddy drama and that’s why her story remains the same.”

Another added: “Congratulations Kail on being the new Farrah! She treats the crew badly. And she’s hiding her real life from the camera, keeping the drama for her podcast. It’s time to let her go.”

And a third chimed in, writing: “I mean he’s right. Even most of their podcasts are about their show themes or baby daddy dramas etc.

On the April 22, 2022 episode of her podcast, Barely Famous, Lowry told her guest Perez Hilton, “You know the ratings are really going down for us. I feel like there’s a time when it kicks in and I think that goes for any reality show.

Lowry joined the franchise in 2010 as part of 16 and Pregnant. She starred in Teen Mom 2 for 11 seasons.

Speaking to Hilton, Lowry added that the money she makes from her podcasts is greater than her salary on the show.

Of hoping to have a show of her own, she said, “I personally feel like I have enough to do to do my own show. Unless they want to offer me that or work on something like that. I just do not know.”

On May 6, 2022, Lowry opened up on her Coffee Convos podcast about her current relationship. Speaking about weddings with her co-host, she explained, “If I ever get married again, I’ll have no bridesmaids or groomsmen. It’s not a day for anyone but me and my husband or partner.”

When asked if that means a wedding is back on the table, Lowry said: “I would say yes. I wouldn’t have a big wedding or anything. I feel like I’m going to have a sweet, very, very simple ceremony and maybe dinner afterwards.”

Lowry said she felt like she’d known him forever. The mystery man’s name is yet to be revealed.

Jets in Danger of Losing ‘Glue Guy’ in Free Agency

Jets in Danger of Losing ‘Glue Guy’ in Free Agency