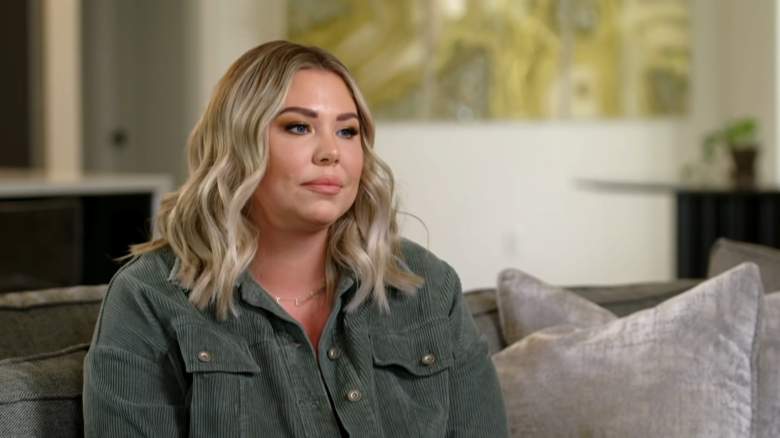 Teen Mom 2 star Kailyn Lowry recently caught the attention of fans after she shared a cryptic quote on Instagram.

According to The Sun, the mother-of-four posted the quote on her Instagram story on Monday, July 25. The quote read, “I’m stronger and more resilient than ever because I’ve failed more times than I can count but always got up.”

The cryptic post comes just days after Lowry’s ex Chris Lopez accused her of threatening him and hinted she might be pregnant.

Lopez spilled the tea via Instagram Story, telling his followers Lowry said she wanted to smack him.

He then took to Twitter, where he insinuated that Lowry was pregnant with their fifth child.

“Out here you guys are talking about how you’re going to spank me, now you know you have to protect the belly for it to stop,” he wrote in a now-deleted tweet.

Lowry didn’t reveal the reason for posting the cryptic quote, but fans seem to think the post is related to the pregnancy drama.

Lowry appears to be in love with her boyfriend Elijah Scott, but in a recent episode of her podcast Coffee Convos, the MTV star admitted she will always have feelings for one of her ex-boyfriends.

On Thursday, July 21 episode, Lowry recalled her past relationship with a criminal she referred to as “Prison Bae.”

The conversation began after her co-host Lindsie Chrisley asked her if she’d ever fallen in love at first sight.

Lowry said she wouldn’t have done it, but Chrisley wasn’t convinced. She brought up Lowry’s past relationship with Prison Bae.

Lowry said it wasn’t love at first sight, but that she formed a special bond with the criminal and told Chrisley she’ll always love him.

“I will always love Prison Bae. I will always love him,” she said. “Always. Forever. If we ended up at the end I wouldn’t be surprised. Obviously I’m in a committed relationship but, you know, in another life.”

Chrisley then asked Lowry if she felt prison bae could have been a soul mate, to which Lowry replied: “Oh absolutely. Absolutely.”

Teen Mom 2 alumna Kailyn Lowry opened up about her new relationship with her neighbor Elijah Scott on the June 2 episode of her podcast, Coffee Convos.

The mother-of-four has gushed about her new romance, telling friend Kristen Hook that her partner makes her feel “balanced.”

The Teen Mom 2 star went on to say that her new boyfriend has been a huge help around the house.

“He fixed mine [air conditioner] yesterday,” she continued. “He knows how to do everything and I don’t feel like they do men like that anymore.”

Hook told viewers that Lowry’s new partner has her seal of approval.

“I’m going to be the first to say I swear I have PTSD from previous relationships you’ve had,” Hook told Lowry.

She added that this is Lowry’s first relationship where she doesn’t feel “concerned” about what might happen.