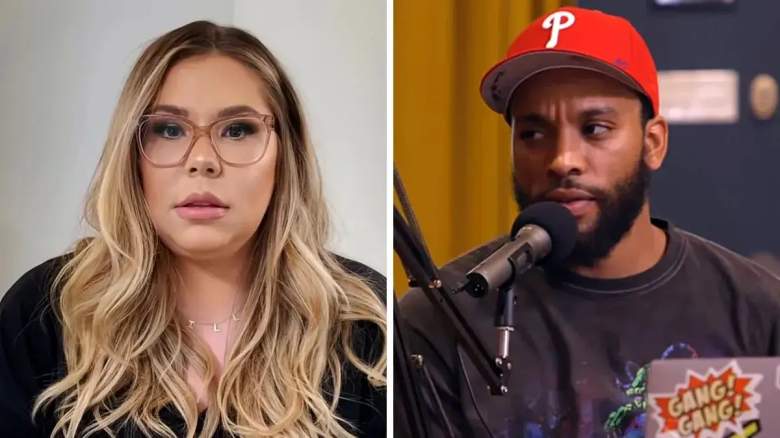 Former ‘Teen Mom’ star Kailyn Lowry has faced criticism after she appeared to have changed her son’s name after social media users noticed her youngest son – Creed – is being referred to as ‘Romello’ on Instagram.

Lowry created and runs Instagram accounts for all of her sons. Creed’s Instagram handle contains no mention of his first name.

When Lowry last spoke about Creed’s name, she said his full name was “Creed Romello Lowry-Lopez.”

A discussion erupted on Reddit about the omission of the 2-year-old’s name “Creed” from the 2-year-old’s Instagram account. Some fans have accused Lowry of wanting to refer to her son as “Romello” to match her necklace – KILLR – which features her and her sons’ first initials.

“So Kail really decided that his name just wasn’t Creed anymore,” wrote an original poster on Reddit, garnering hundreds of likes and shares.

“Because otherwise her necklace can’t spell KILLR 🙄,” read one of the top replies.

Others found it odd that Lowry created a social media profile for a 2-year-old.

“It should be illegal to create social media accounts for your underage child,” said one popular comment, which received more than 250 upvotes.

Creed is not alone. Lowry calls all her sons by their middle names.

“Awe, thanks for your concerns guys.” Lowry wrote via Twitter in 2018. “But my kids respond to their first and middle names… even Isaac. Nobody is confused. Have a nice day!”

Lowry welcomed her first son, 12-year-old Isaac Elliot, with her high school friend Jo Rivera. She then welcomed her second son, 8-year-old Lincoln Marshall, with ex-husband Javi Marroquin. Her youngest sons – 5-year-old Lux ​​Russell and Creed – are from her relationship with Chris Lopez.

Lowry hasn’t spoken about Lopez on her podcast, but the last time she addressed her ex was that she wasn’t happy that he cut her son’s hair.

I think my son is traumatized to be honest,” Lowry said, per The Sun.

“I don’t want to put too much into it, I just want to say one thing here,” she continued. “The bits and pieces I’ve heard about a statement on their page on their podcast are complete bullshit ***. And I wouldn’t have wished for that.”

“I bought curly hair products over the weekend and I knew that even if I had said no to the haircut, which I didn’t say yes, he would have done it anyway, I wouldn’t have been okay with it,” she continued. “I think it was just to get a reaction out of me. I don’t want to give him the public reaction he wants.”

Lowry and Lopez have a complex relationship — and it wasn’t the first time Lopez cut one of his son’s hair without Lowry’s consent. In October 2020, Lopez accused Lowry of hitting him after he cut Lux’s hair against Lowry’s wishes.

Lowry was arrested over the situation, but the charges were dropped and the incident was removed from her record.

To find out what happens next, don’t miss “Teen Mom: The Next Chapter” when it airs Tuesday at 8:00 p.m. ET on MTV.