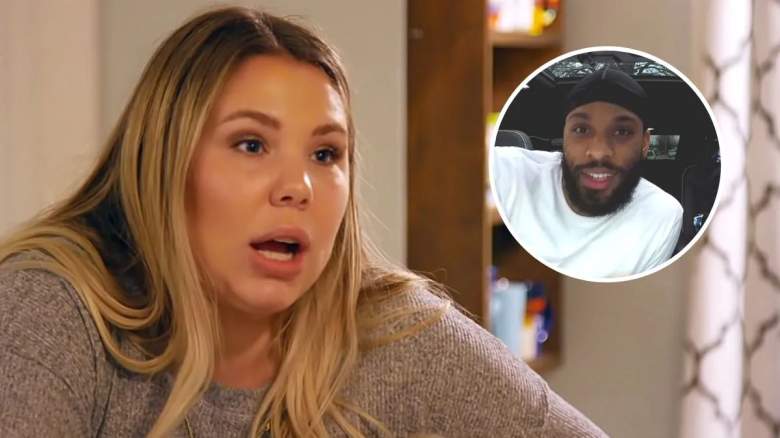 During the Down in the DMs segment of her Baby Mamas No Drama podcast, Lowry claimed that Lopez implied that 2-year-old Creed was not his biological son. Lopez and Lowry have another son together, 5-year-old Lux.

The topic came up when Lowry’s ex-boyfriend, Jo Rivera, popped up on her podcast. Rivera suggested that Lowry and his wife Vee Torres Rivera — the co-host of “Baby Mamas No Drama” — give their listeners free paternity tests.

“You guys, you know, that’s actually a good giveaway. You guys can give away paternity tests,” Rivera said about an hour into the “Smells the Sex” episode.

If anyone wanted to take a paternity test, Lowry wanted Lopez to be first in line.

“Well, give Chris one because he went on TikTok Live and said, ‘Creed doesn’t look like his brothers, but I still care about him,'” Lowry said.

Rumors of Creed’s paternity have long been circulating among fans, with some fans believing Javi Marroquin to be the child’s father.

Lopez says Creed may not be his biological son differs from what he has said in the past.

Lowry said “yes,” confirming that Lopez wasn’t sure if Creed was his biological son.

The Baby Mamas No Drama co-host asked for more information.

“But did you guys get one? [paternity test]?” Torres wanted to know.

Apparently, Lowry and Lopez didn’t have a paternity test for Creed.

“First the judge asked him if he wanted one, and he said, ‘No.’ So he could be first on our list,” said Lowry.

She then lightened the situation by asking, “Can we work with a DNA company?”

Lowry is a mother of four children. She shares her oldest son, 12-year-old Isaac, with Rivera. Her second eldest son, 8-year-old Lincoln, is from her five-year marriage to her ex-husband Marroquin. As previously mentioned, her youngest sons — 5-year-old Lux ​​and 2-year-old Creed — are from her relationship with Lopez.

Lowry faced backlash from some fans after she apparently changed Creed’s name on Instagram. She refers to him as his middle name “Romello” on Instagram. His first name is not mentioned.

In the past, Lowry has confirmed that Creed was her son’s legal first name. She told a fan his full name is “Creed Romello Lowry-Lopez.”

In 2018, Lowry revealed that she likes to call her sons by their middle names after fans worried her children might get confused.

“Awe, thanks for your concerns guys.” Lowry wrote via twitter. “But my kids respond to their first and middle names… even Isaac. Nobody is confused. Have a nice day!”

Gareth Southgate fears he could be sacked after the World Cup

Gareth Southgate fears he could be sacked after the World Cup