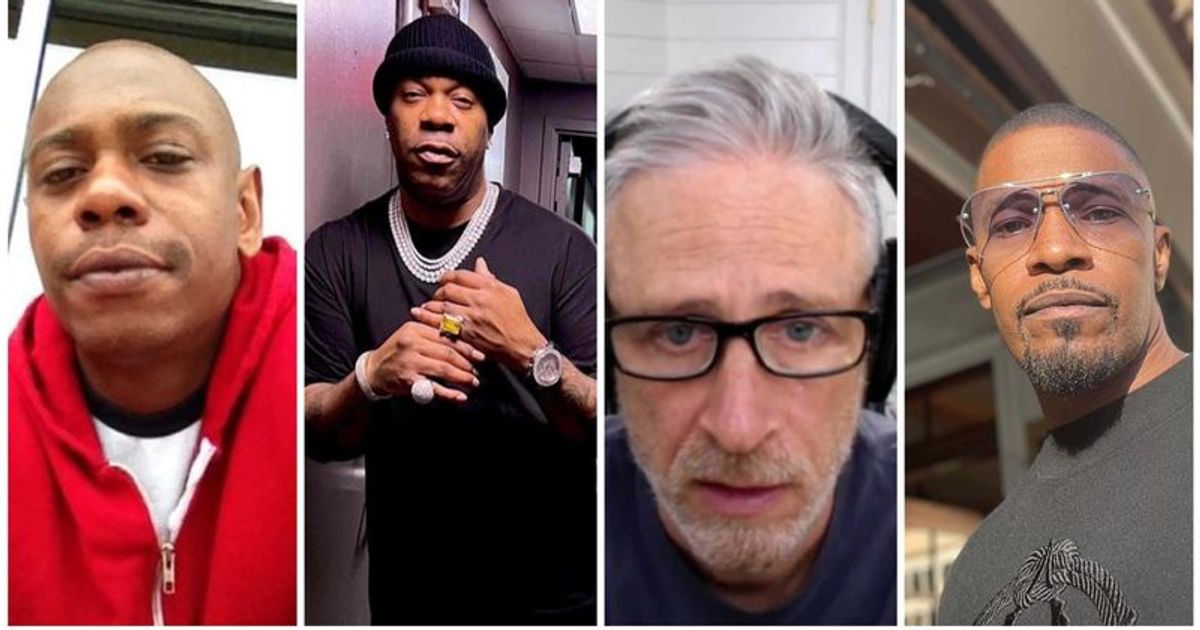 Chappelle’s rep, Carla Sims, said her client’s words were “simply part of his ever-evolving storyline” when he mentioned the three celebrities

Days after the Oscars slap gate, a gunman took comedian Dave Chappelle in the butt on May 3 on stage at the Hollywood Bowl in Los Angeles. Luckily for Chappelle, help was at hand and the man, later identified as Isaiah Lee, 23, was arrested backstage while the comedian went on with his standup act.

However, Lee was later taken out of the venue on a stretcher by police, his hand tied to the stretcher and his face all bloated, cut and bleeding. It definitely seemed like Chappelle’s attacker took a nasty hit. After his mid-sentence attack, Chappelle gave a salute to his celebrity friends including Jamie Foxx and Busta Rhymes, who rushed to his aid. TMZ later obtained a post-show recording in which Chappelle mentioned Jon Stewart and said he was “proud” of those who helped him. “I watched him get kicked around and couldn’t believe it was my friends. It’s so good what they do,” said the 48-year-old comedian. “I felt good, my friends broke his arm. I felt good how bad an***a must be that Jon Stewart would stomp him! […] I’m very proud of her. Killing that nigga would have been stupid. These are very powerful friends and I share them [tonight] with people I love very much,” he added.

Video taken outside the Hollywood Bowl shows the attacker on a stretcher with an apparently broken arm and bruises and blood on his face.

Chappelle, 48, was unharmed in the attack. The weapon found at the scene was a replica pistol that contained a blade. After recovering from the onstage surprise attack, Chappelle also called Foxx onto the stage and thanked him for attending. At the after-party, the comedian reportedly told the crowd… “You know you’ve crossed the line when Jon Stewart gets a few licks of his own.”

Chappelle’s appreciation of his friends on stage stoked uproar, leading people to believe his “very powerful friends” might have stomped on Lee and left him in that state. Later, the comedian’s spokeswoman Carla Sims clarified that Chappelle’s comments were simply part of his ever-evolving storyline. None of the three guys, Stewart, Busta Rhymes or Jamie Foxx threw a punch or otherwise participated in the takedown. Stewart, Rhymes and Foxx probably appreciate the clarification.

Chappelle’s attacker, meanwhile, might also be somewhat grateful to LA District Attorney George Gascon, who declined to charge him with assault.