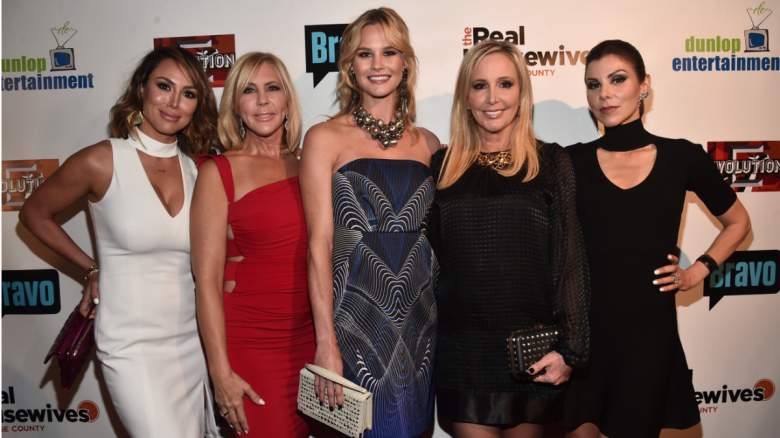 Fans are thrilled after hearing that a former ‘Real Housewives of Orange County’ star is getting divorced.

On Friday, Sept. 16, 2022, TMZ reported that David Beador, Shannon Beador’s ex-husband, had filed for divorce from his wife, Lesley Beador. The two tied the knot less than two years ago. Details of their breakup were not provided. David and Lesley share a 19 month old daughter named Anna. The report indicates that David and Lesley have a prenuptial agreement.

According to People magazine, Shannon and David split in September 2017 after 17 years of marriage. The former couple share three daughters, Stella, Adeline and Sophie.

Shortly after news broke of David and Lesley’s divorce, fans took to social media to react. Some seem thrilled that things didn’t work out for David, and expressed that in a Reddit thread.

“I’m so happy for Shannon. I hope she’s having a cocktail somewhere to celebrate,” one person wrote.

“No wonder he’s DEFINITELY a piece of work and a total asshole in the throes of his 12th midlife crisis. Meanwhile, Queen Shannon is fine. We love to see it,” added a third Redditor.

“I try not to take pleasure in other people’s pai — oh wait, yes I do,” said a fourth.

“F*** I clap! I’m not Shannon’s biggest fan but David is an asshole,” read another.

In season 10 of The Real Housewives of Orange County, David revealed to Shannon that he was having an affair. The two decided to stay together to try and work things out, but their marriage ended a few years later.

In Season 13 of RHOC, Shannon opened up about her strained relationship with her ex-husband.

“David and I communicate via text and email and they are not pleasant. I found out two days after it went all over social media that David has a new girlfriend who is almost 20 years his junior,” she said on an episode of RHOC, according to Us Weekly. Speaking to then-co-star Vicki Gunvalson, Shannon admitted it was hard for her to see her ex move on so quickly.

“It hurt and I cried a lot,” she said. During the same episode, Tamra Judge suggested that David had seen his new girlfriend before he and Shannon divorced.

“He commented on her posts in October. Of course, after I found out that David had a girlfriend, I started stalking her. And I’ve seen that they’ve been communicating since they were married,” Judge said in a confessional.

In the years that followed, Shannon and David struggled to find common ground. In 2021, for example, Shannon told People magazine that things were “awkward” between her and her ex.

“He will not communicate with me and my co-parent,” she told the outlet.

Heavy has reached out to Shannon for comment on her ex’s divorce.