‘Just ask for ice cream’: Joe Biden trolled for berating a reporter who asked about a recession 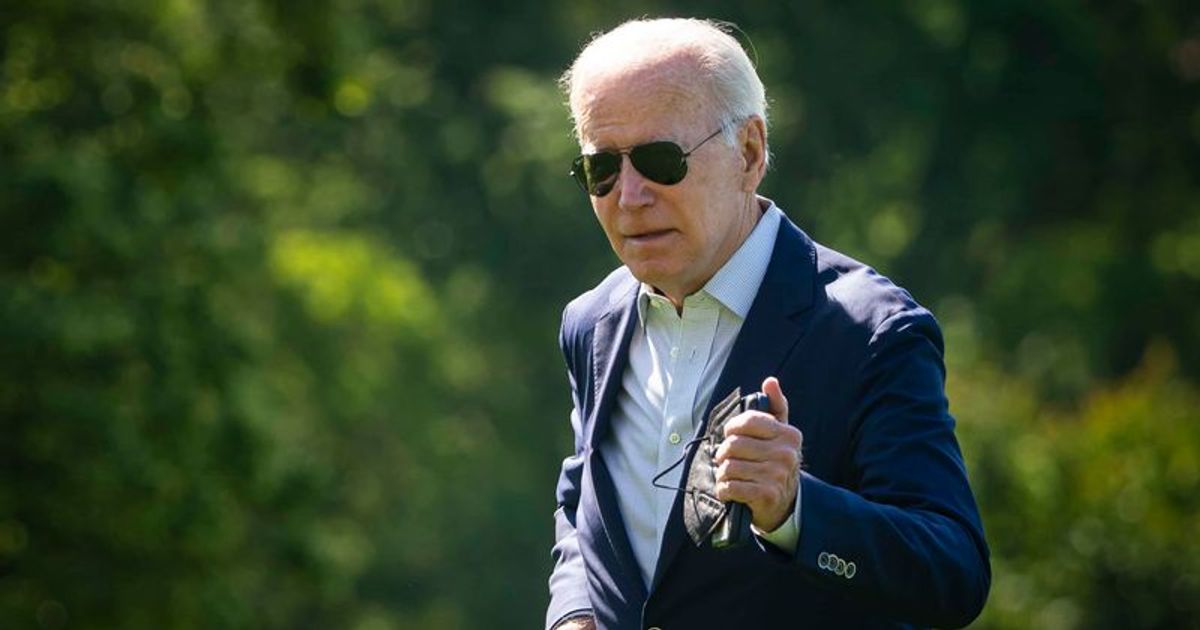 “Now you sound like a Republican politician,” the president told the reporter, quickly adding, “I’m kidding. That was a joke’

President Joe Biden blasted a reporter Monday, June 20 for asking him about the possibility of a US recession. This is because Americans are struggling to cope with inflation-driven price increases. Biden was walking near his Rehoboth Beach vacation home when a reporter asked him about economists “who say a recession is more likely than ever,” a seemingly angry Biden said, “No — the majority of them aren’t saying that.” Come on, don’t invent anything, okay?”

“Now you sound like a Republican politician,” the president said, quickly adding, “I’m kidding. That was a joke.” He went on to call for higher taxes on the wealthy and blamed oil companies for the significant increase at the pump. “But joking aside, no, I don’t think so [inevitable]’ Biden said. “I spoke to you [former Treasury Secretary] Larry Summers this morning and a recession is not inevitable.”

Speaking of deciding whether to ask Congress to waive the 18.3 cents per gallon federal gas tax, Biden said, “Yeah, I’m considering it. I hope to have a decision based on the data I’m looking for by the end of the week.”

Biden also blamed ex-President Donald Trump for the inflation. “We can also move in a direction where we can provide for taxes – increasing taxes for those in the corporate sector as well as for individuals to whom it relates [former President Donald] Trump’s tax cut, which is inflationary,” Biden said. “You know, going out and buying a yacht doesn’t help the economy much.”

The President blamed the December 2017 tax law for inflation, although annual US inflation actually fell from 2.1% in 2017 to 1.9% in 2018. A gift, it is 8.6%. “We have an opportunity here to make a fundamental shift towards renewable energy, electric vehicles and not just luxury vehicles, but nationwide. And that should be us — my team will be sitting down with the CEOs of the big oil companies this week … and starting with an explanation of how they justify making $35 billion in the first quarter,” Biden confirmed that he would not be attending the meeting . When asked why, he replied, “Because my team will do it.”

Meanwhile, Biden signed legislation in the White House on Thursday, June 16, saying he would at least marginally improve inflation. He blamed Russian President Vladimir Putin for the inflation and called out the industry of consolidated foreign-flagged ships. At an event, he accused the shipping companies of “clinging to American families and companies.” The president slammed them for price hikes that “hurt American families,” claiming that at a time when supply chains were disrupted in 2021, an industry controlled by nine major companies was making $190 billion in profits.

“These airlines made $190 billion in profit in 2021, seven times the year before,” Biden said. “The cost, as you can imagine, was passed directly to consumers and left up to American families and businesses because they could.” The president added that the new law “would lower prices to give American families a little more to give air to breathe”.

The law, which he signed on June 16, aims to make shipping goods across oceans cheaper. He joked about how overwhelming the vote for it was in the House of Representatives and that the bill didn’t meet with any objection in the Senate. “I hardly remember those days. I served there for 36 years,” Biden said. In March, the Senate unanimously passed the Ocean Shipping Reform Act by vote. The bill, which won support from the bipartisan House of Representatives, empowers the Federal Maritime Commission to investigate delay fees levied by shipping companies. In addition, shipping companies and sea terminals are prohibited from refusing to fill available cargo space.

Biden has been trolled on social media for his comments after snapping at the reporter over the recession issue. “The fact that we are entering a recession and our president is joking and on vacation is sad,” one user wrote on Twitter. “He has an uncanny ability to turn any moment into an opportunity to divide the country,” said another.

“You can’t ask him anything other than what his favorite flavor of ice cream is…come on man we all know that!” One wrote, while another user said: “Nice to see Joe on holiday. When we can barely afford to drive to work.” “I hope I sound like a Republican politician. What a compliment!” one user commented.