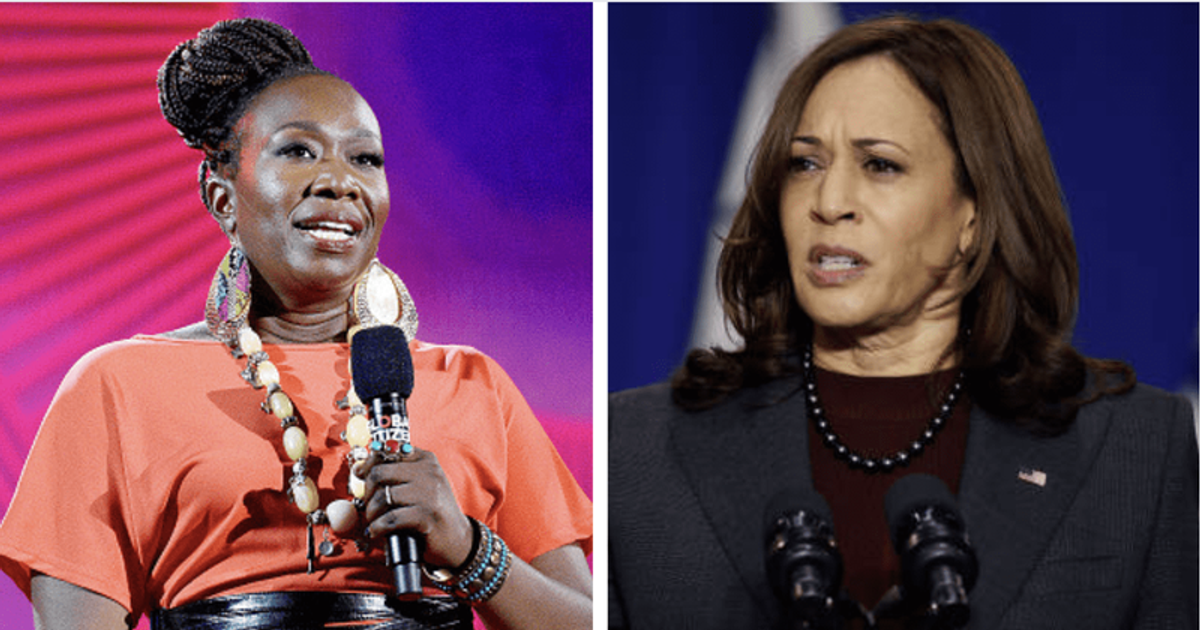 “The things on their plate are the toughest things the Biden administration has to deal with outside of inflation and the war in Ukraine,” Joy Reid said

Vice President Kamala Harris recently made headlines after making some strong statements claiming that religious beliefs need not conflict with abortion rights. It would only be fair to say that she made history by breaking through the roof and becoming the first African American vice president. However, she is frequently the subject of hateful and racist comments. Now MSNBC host and commentator Joy Reid has spoken in support of Harris and how unfair the media coverage is to her and that we need to get to know our Vice President better.

During her interview with The Roots Special ‘The Culture Is: Black Woman’, Joy Reid tried to normalize Harris’ position, saying: “She’s just a normal sister, like people would always say Michelle Obama is like when if your cousin was First Lady Kamala Harris is like your cousin became Vice President of the United States,” she said. “I think she can’t show that personality often enough, and that’s why people didn’t have a chance to get to know her.” Empathizing with her workload, Reid said: “The job she had is dead serious and this time it’s so serious. Think of their portfolio, their voting rights, immigration and the border, and police reform. The things on their plate are the most difficult things the Biden administration has to deal with outside of inflation and the war in Ukraine.

Reid even went so far as to say that the reason Harris made it the second most important job in the country is because black women demanded it. She said: “Black women said to Joe Biden, ‘If you want our support, you can’t have it for free. We need a vice president who looks like us so we know we’re on the team. Kamala Harris is a very important figure in our story and her presence counts.” It didn’t take her long to clarify, however, that she believes most of the media is still full of white men. She continued, “Most of the media are still white and male. And their attitude toward Kamala Harris is becoming an attitude. It’s becoming conventional wisdom. Although their comments were brave, the internet wasn’t happy with them.

One user said: “@JoyAnnReid @VP Harris is a complete loser. The 1st Asian VP (she doesn’t describe herself as black) lacks knowledge of the issues, she stumbles and stammers like a hilarious idiot and even the most tragic elicits the dreaded cackling laugh that is her calling card.” Another user said: “Lol @VP is not treated fairly by the media!?! GTFO here with it!!”

One user attacked Harris’ ability to do her job, saying: “Harris embarrasses me and probably other Americans. I don’t think she can do the work. I think one of their staff can do better.” Another user said, “Intellectually unable to articulate anything other than a tired racist narrative to excuse incompetence: #MSNBC #Joy Reid complains that Kamala Harris is of ‘white, male’ media being treated unfairly: people just don’t ‘know’ them.”

One user said, “MSNBC’s Joy Reid complains that Kamala Harris is being treated unfairly by ‘white male’ media: people just don’t ‘know them’ of the same issue.” Another user said, “@JoyAnnReid @VP, As biased as you are toward any conservative, even black people, do you have the nerve to complain about Kamala’s reporting? First of all, she’s a female Biden. Gaff after gaff. Laughs when she’s uncomfortable with a question.”