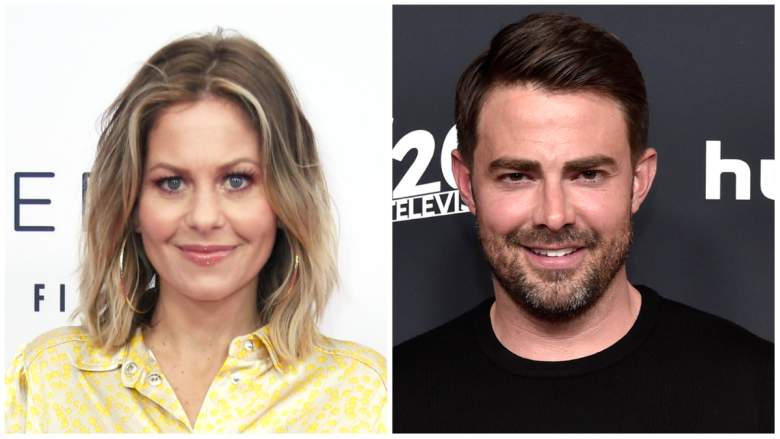 Hallmark star Jonathan Bennett has shared his thoughts on featuring the LGBTQ+ community prominently in holiday films after a colleague recently made controversial comments. Candace Cameron Bure said she believes in her partnership with Great American Media that upcoming projects will focus on “traditional marriages” rather than showing same-sex couples. Bennett said he’s proud that Hallmark has taken a different direction.

In a recent interview with The Wall Street Journal, Bure discussed her decision to partner with Great American Media and take on the role of chief creative officer. Acknowledging a desire to “promote faith programs and good family entertainment,” she explained that she left Hallmark because “it’s basically a completely different network than when it started because of the leadership change.” When asked if Great American Family embracing LGBT love stories, as Hallmark began, Bure replied, “I think Great American Family will keep traditional marriage at its core.”

Bennett, who married partner Jaymes Vaughan earlier this year, told E! News that he’s “just so proud to be on the Hallmark channel that makes these movies for everyone, because Christmas is for everyone and Hallmark channels are for everyone.” He teased his upcoming Hallmark Christmas movie, The Holiday Sitter,” which premieres December 11. “It’s the funnest movie with so much heart and so much humor. And I think the audience will freak out.”

Bennett also spoke to People after Bure’s remarks about “traditional marriage.” However, he was not specifically referring to Bure or her comments. “What I love so much about the Hallmark Channel is the care they take in telling the story, especially when it comes to LGBTQ+ people, it’s treated with so much respect,” he explained. “It’s just been an unwavering support from the network to tell the story and want to tell it and let us do it how we want it,” he added.

In 2020, Bennett had a role in “Christmas House,” the first Christmas movie Hallmark put into history that starred a gay couple. He hadn’t been told his role was gay, he was simply handed the script and it was a fabulous surprise. “I remember yelling characteristically at Jaymes, like, ‘Babe, there’s a gay character.’ And he came running up the stairs. I think I actually had tears in my eyes because it was such a moment that I felt so seen,” Bennett recalled.