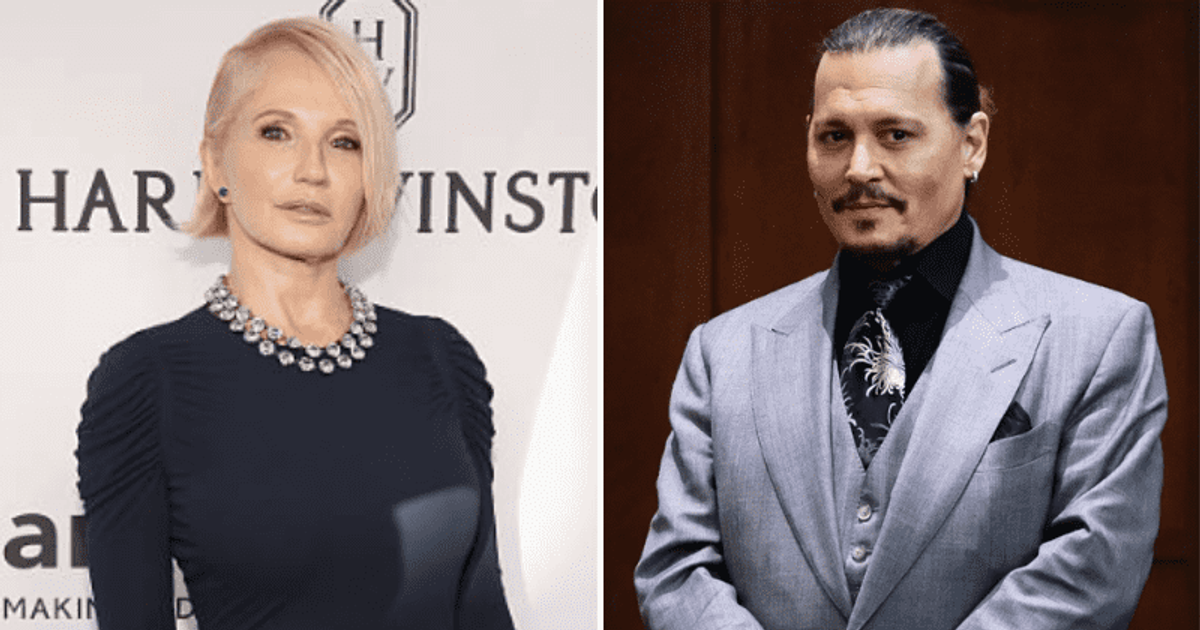 Barkin claimed in her statement that Depp once threw a bottle of wine across a hotel room and became jealous and angry.

Heard, 36, is fighting a defamation lawsuit brought by Depp, 58, seeking more than $50 million in damages over a 2018 comment in which the actress claimed to be a domestic violence survivor. While Depp was not mentioned in the article, his attorneys argued that the ramifications were obvious and hurt their client’s career prospects. Heard has countersued for $100 million.

Amber Heard’s 2016 clip goes VIRAL as it claims she “warned” TMZ about Johnny Depp about the divorce.

Throughout the trial there were numerous allegations that Depp hurled bottles of liquor at Heard as both testified against each other, with both claiming to have been victims of domestic violence in their marriage. According to Heard’s press team, Barkin is said to be a key witness for the ‘Aquaman’ actress in the trial. The 68-year-old – who co-starred with Depp in the 1998 cult classic Fear and Loathing in Las Vegas – previously accused the Pirates of the Caribbean star of throwing a bottle of wine at her in 1998.

Barkin has claimed she dated Depp for a while, but the latter considered their relationship more casual. When Depp filed a defamation lawsuit against British tabloid The Sun for calling him a “wife beater” in a 2018 article, Heard’s then-lawyer Sarah Wass recounted a testimony from Barkin. It’s worth noting that Barkin has previously commented on Depp’s character, as stated in the case notes for the 2020 trial. “There’s always an air of violence around him,” she reportedly said.

Barkin claimed in her statement that Depp once threw a bottle of wine across a hotel room and became jealous and angry. However, Depp denied the allegation, claiming the ‘Sea of ​​Love’ actress harbored a grudge against him after he didn’t agree to start a “proper relationship” with her. “She wanted a real relationship with me and I didn’t want that,” Depp said when asked about their relationship in court. “I didn’t feel the same way about her that she felt about me and I suppose from that point on she got very, very angry.” He added at the time, “I don’t have a problem with anger management.”

Barkin’s testimony, highlighted at the 2020 trial, read, “Yes, Mr. Depp threw a wine bottle across the room, in one instance the Las Vegas hotel room, while we were in Las Vegas filming Fear and Loathing.” She said the Bottle didn’t hit her and clarified that Depp never hit her or attacked her in any way. However, a video released recently during the ongoing trial in Fairfax, Virginia, showed the actor excitedly kicking kitchen cabinets and throwing a wine glass. On the other hand, Depp has testified that during an argument, Heard threw a large bottle of vodka at him, severing the tip of his left middle finger in the process. The much-discussed trial continues as closing arguments are scheduled for May 27, Newsweek reported.