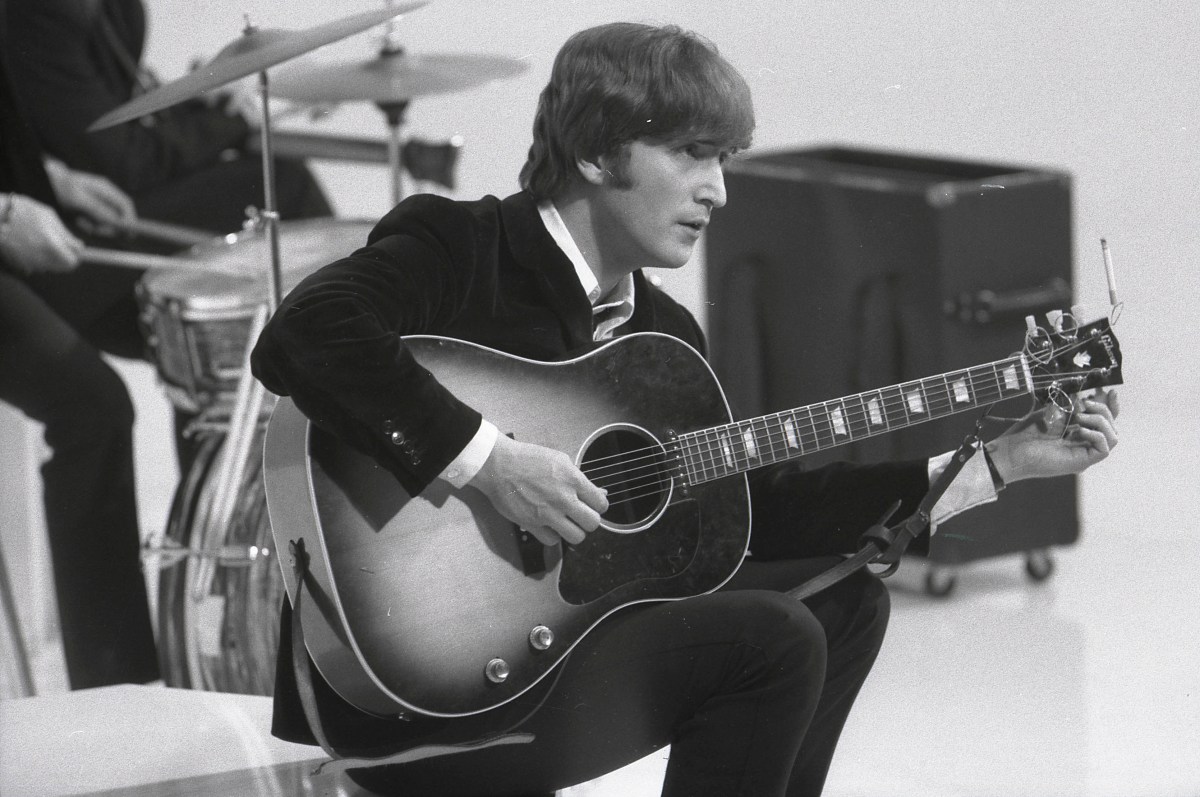 Before the Beatles became international superstars, John Lennon wrote “crazy” articles for a local newspaper. This included his interpretation of the formation of the band. Here’s what Cynthia Lennon said about her ex-husband’s side act.

As one of the Beatles’ songwriters, Lennon was one of the masterminds behind “Hey Jude,” “Twist and Shout,” “Get Back,” and other hits. He is also a published author who started writing blurbs for a local newspaper.

Much of John Lennon’s early days with the Beatles was accompanied by Cynthia Lennon, his girlfriend at the time. She recalled some of her biggest “breaks,” including a six-week stint in Germany and local performances that grew in popularity.

“Around this time, a local newspaper called Mersey Beat was launched, dedicated to the local beat scene, with large articles on the two main groups, Rory Storm and the Hurricanes and Gerry and the Pacemakers,” wrote Cynthia Lennon in her 2005 memoir John.

“John was asked to write about the origins of The Beatles,” she continued, “which he did in true John style, in a wacky article that made little sense but made us all laugh.”

This was her ex-husband’s first published play. After that, he wrote regularly for the newspaper, updating readers on the band’s process. Cynthia Lennon also included a blurb from the first article.

“It began like this: ‘There were once three little boys named John, George and Paul who were baptized by name. They chose to get together because they were the get together type. When they were together they wondered what for, what for? So suddenly all the guitars grew and made a noise,’” Lennon recalled.

Before even writing for the newspaper, Lennon wrote notes for his girlfriend while abroad. This included doodles and some “salacious letters” that she couldn’t show publicly.

In addition to being a Beatles songwriter, Lennon is also a published author. He created Skywriting by word of mouth, another nonsensical story strung together by truths and scraps of glue. Yoko Ono wrote the foreword for this collection, commenting on her husband’s passion for writing.

“John wrote very quickly,” Ono remarked. “Words flowed from his pen like sparkling spring water; He never had to stop to think. I was spoiled immensely over the next ten years.”

“He would write me little notes and long letters,” she continued, “I would find them in a book I was reading, or on the kitchen table, or next to my toothbrush — something that makes me laugh, something that gives me a good Feeling there, or bad, depending on your mood at the time.”

TIED TOGETHER: Yoko Ono said that for John Lennon, “Words flowed from his pen like bubbling spring water”