John Legend’s adorable kids join him on ‘The Voice’ set: ‘My Biggest Fans’ 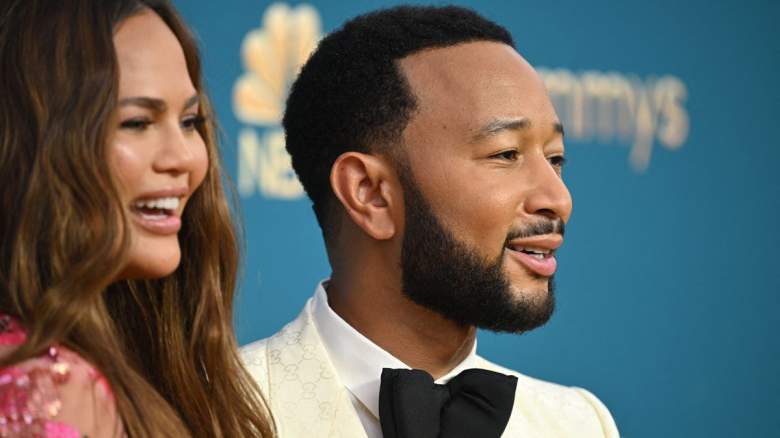 Last night’s top 13 live performances on The Voice became Coach John Legend’s Take Your Kids to Work Day. Fans are raving about pictures and videos of Legend with his adorable children, who he shares with wife Chrissy Teigen, sitting in his coaching chair for the first time in three years.

He captioned the photo: “My biggest fans (until they’re too cool to think I’m cool) came to @nbcthevoice! They are definitely voting for #TeamLegend.”

Meanwhile, the proud dad also shared a video with Luna and Miles on his Instagram Stories.

“Hello everyone! We have special guests on set today,” he said, wrapping an arm around each child’s waist. “Luna hasn’t seen me on ‘The Voice’ for a long time. Have you ever been here, Miles?”

Miles shook his head and Legend exclaimed, “I don’t think he did that!”

He continued: “We have very special guests – are you enjoying the show? Will you vote for Team Legend?”

Luna raised both fists in the air, nodded and said, “Yes!”

Legend laughed as both kids clapped and said, “Team Legend all the way!”

Though Legend forgot for a moment during his Instagram video that his son Miles was actually on the set of “The Voice,” he did find and post a keepsake photo from his kids’ last visit to the set three years ago. This is a photo Teigen originally tweeted on 11/11/2019.

At the time, Teigen wrote: “I couldnt go @NBCTheVoice today though looks like it’s going well!”

In the photo, Luna was 3 1/2 years old – her hand playfully covering her father’s mouth – and Miles was just 18 months old. At the time of this photo, Legend was filming his second season of The Voice. He first joined the show in spring 2019 for season 16 as a coach and has been with the series ever since.

However, Legend will be noticeably absent from The Voice during season 23, which is scheduled to premiere on March 6, 2023. But he told People that unlike fellow actor Blake Shelton, he will coach on The Voice in the future.

“We took a break last season because we had another show in our slot that was trying out the network and I thought that was going to happen this season but they ended up wanting us back,” he explained to People in October and added that he would like to be home in the weeks following the birth of their third child, who is expected in early 2023.