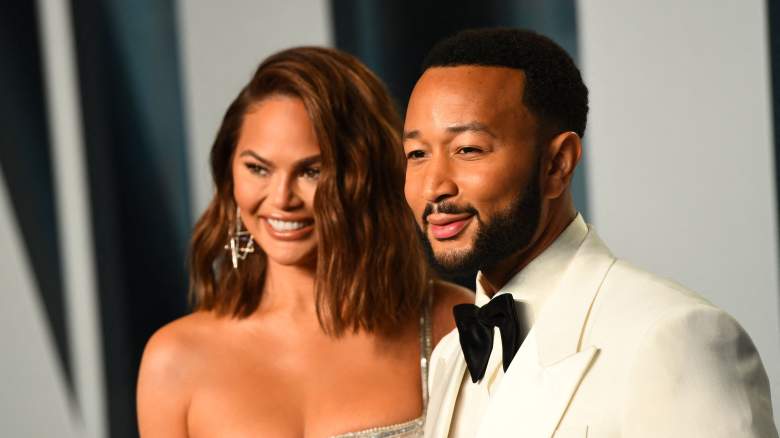 Chrissy Teigen, wife of “Voice” coach John Legend, announced stunning news on Instagram on Wednesday: She’s pregnant! The couple is having what they call a “rainbow baby,” a baby who comes after losing a child. Legend and Teigen lost their son Jack two years ago and have been working to create a new bundle of joy through in vitro fertilization (IVF) since September 2020, according to Us Weekly.

Teigen announced the great news on Instagram on Aug. 3. Sharing mirror selfies of her baby bump, she captioned it: “The last few years have been a tangle of emotions to say the least, but joy has once again filled our homes and hearts. 1 billion shots later (lately in the leg as you can see!) we have another one on the way.” Teigen seems to be referring to the noticeable bruise on her leg.

The post continues, “At every appointment I’ve said to myself, ‘Okay, if it’s healthy today, I’ll announce it,’ but then I breathe a sigh of relief when I hear a heartbeat and decide I still too nervous.” Many parents are nervous when announcing a pregnancy in the first trimester because that is the most dangerous time. However, given what happened to Jack, it’s understandable that Teigen was particularly concerned about this.

The 36-year-old added: “I don’t think I’ll ever walk out of an appointment with more excitement than nervousness but so far everything is perfect and beautiful and I’m feeling hopeful and great. Ok, phew, it was very hard to keep that down for so long!”

Referring to Jack, Today explains: “Teigen had said that she had faced various pregnancy complications caused by a partial abruption of the placenta. After a month of uncontrolled bleeding and bed rest, she eventually had to give birth to their son, who they named Jack, at 20 weeks.” Following Jack’s death, Teigen struggled with addiction and depression, reports The Daily Mail.

The pregnancy announcement comes less than a month after Teigen broke the news of another amazing milestone: being a year sober. The Utah native posted on Instagram on Monday, July 18, “Not a drop of alcohol in 365 days!” The post shows Teigen enjoying quality time with her 43-year-old husband, John Legend, and their two children, Miles, 4. and Luna (6) enjoys.

Unsurprisingly, those interested in Teigen and Legend were excited about the news. Actresses Gal Gadot and Jennifer Garner were quick to express how happy they were for the couple. News anchor Katie Couric also chimed in, writing: “Congratulations Chrissy! So happy for you and John! 😘❤️.”

A warm wish from an Instagram fan read: “Well done. The struggle to make yourself happy and confident is real and valid. You’re doing everything right to honor Jack. He would be so proud.” Another user commented, “So weird for me to have a legitimate emotional reaction to a celebrity post. That’s not usually me. But you… your family… that? All feelings.”

Many fans shared their own stories of loss and IVF and how they related to Teigen’s story. For example, one poster wrote, “I know that feeling so well. 3 years heartbreak later and we just welcomed our IVF miracle 2 weeks ago. I didn’t really get aroused until I held him in my arms. Happy birthday to you all.”