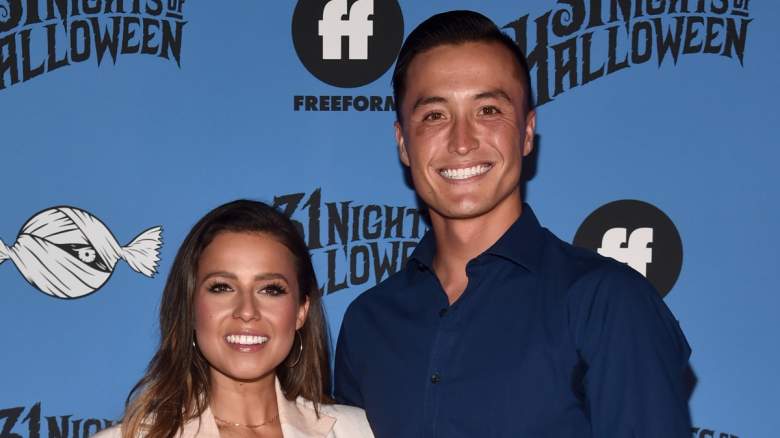 A status confirmation linked to a popular Bachelor Nation couple surfaced overnight, and this is sad news for fans of The Bachelorette couple. Katie Thurston shared a brief statement to her Instagram Stories late evening on June 20, which appeared to reveal that her romance with John Hersey was over. However, the wording was a bit cryptic and not everyone was sure to interpret it correctly. Overnight, John Hersey followed up with a more detailed explanation on his Instagram Stories, confirming the couple have split.

Thurston’s brief Instagram story wasn’t specific to Hersey. She simply posted, “Statement: No, we’re not dating,” and that generated a lot of questions. With many taking the statement as confirmation of the split, there were a fair number of “Bachelor Nation” fans who thought she might be playing with people and referring to something else. Now, Hersey’s testimony adds the context and clarity that Thurston’s terse comment lacked.

“I love being able to share special moments with you guys – the fun ones. lucky ones. the outrageous, embarrassing, and heartfelt. But I don’t know if sharing the sad ones will ever get easier,” Hersey began in his post. “Like Katie said, we’re not together anymore. It wasn’t an easy decision for us, and obviously it wasn’t easy for us either,” the former “Bachelorette” candidate continued.

While The Bachelorette fans were torn about whether Thurston’s original post was a breakup announcement or something less serious, Hersey’s post removed the ambiguity. “Yeah I find it weird some of you guys thought she was trolling lol,” one person noted on Reddit. “John said the same thing as Katie but with a lot more paragraphs,” quipped someone else.

“It’s the off-season and I’m bored so I’m hoping for a Greg/Katie reunion……?” teased another Redditor, while a few other fans admitted they could go along with this level of mayhem. The Bachelor group on Reddit had been speculating about this particular breakup for a while, noting several potential red flags in the relationship. One poster joked, “I’m getting really tired of the ‘are x and y split up because they haven’t posted themselves in 33 minutes’ posts that are RIGHT because it makes my deep anger at them less justified.”

Hersey ended his statement by telling fans, “I appreciate each and every one of you who have supported us on this journey. Without you we could not (and would not) be here.”

Thurston and Hersey were an unexpected couple from the start. He was a contestant on her season of The Bachelorette, but she eliminated him early in the process. She ended her season engaged to Blake Moynes, but they split shortly after their finale aired. When that announcement came, Thurston was already spending a lot of time with Hersey, and they didn’t wait long to confirm they were dating. This couple’s breakup didn’t exactly come as a surprise to Bachelor Nation fans, but the duo certainly shook things up a bit with their unusual way of unveiling the news.