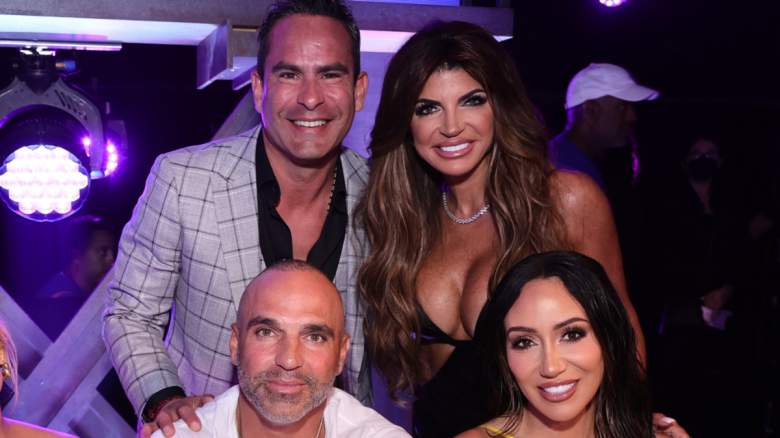 Teresa Giudice and her fiancé Luis Ruelas are getting married on August 6, 2022 in New Jersey.

The Real Housewives of New Jersey stars will exchange vows in front of family and friends at the Park Chateau Estate and Garden in East Brunswick. However, there are two family members who will not be attending – according to Page Six.

The outlet was able to confirm that Teresa’s brother, Joe Gorga, and his wife, Melissa Gorga, will not be present following a fight that took place during filming of the RHONJ finale.

“They were invited,” a source told Page Six. “A very tense ‘Housewives’ finale was filmed earlier this week,” the source added. The finale – or at least part of it – was filmed at Dolores Catania’s boyfriend’s house. The ladies were dressed for a Roaring 20s-inspired soiree, as evidenced by the posts shared on Instagram.

Melissa and Joe attended the premiere of Jennifer Lopez’ Netflix special Halftime in early June 2022. The two chatted with Extra on the red carpet and shared that they planned to attend the wedding despite the drama they had with Teresa.

“We can always put the family drama aside for a good wedding, right? How yes. And at the end of the day, everyone just wants to see Teresa happy. So, I think we’ll finally see her happily ever after. I’m happy for them,” Melissa said.

The comments came after Melissa revealed she would not be attending Teresa’s wedding party. Teresa revealed this on an episode of Watch What Happens Live.

“I found out on TV that I won’t be at Teresa’s wedding and that I’m not a bridesmaid, which is fine with me, I’m fine with that. I understand. To each their own,” Melissa said on the March 17, 2022 episode of her On Display podcast.

Melissa spoke to OK! Magazine in June 2022 on the status of her relationship with her sister-in-law.

“We’re still in the works,” Melissa said. i feel like forever Until the day I die. It is real. I love being able to tell the world that it’s okay if you have someone in your family who you’re not perfect with,” she continued.

“We are still a family. We still wish each other the best, but we just don’t want to go to lunch. It’s never perfect. It could be one day, but it’s not now,” she added.

It is unknown how the network will handle Joe and Melissa’s absence as they would most likely be filmed as part of Teresa and Luis’ special day.

Although the wedding won’t be featured in an upcoming episode of RHONJ, a source confirmed to People magazine that Bravo cameras would be available during the ceremony and reception for a television special.

Further details on when the show will air have not been announced, but People magazine reported that the date will be some time after the end of RHONJ season 13.

CONTINUE READING: Teresa Giudice’s maid of honor missed the flight to Jersey before the wedding